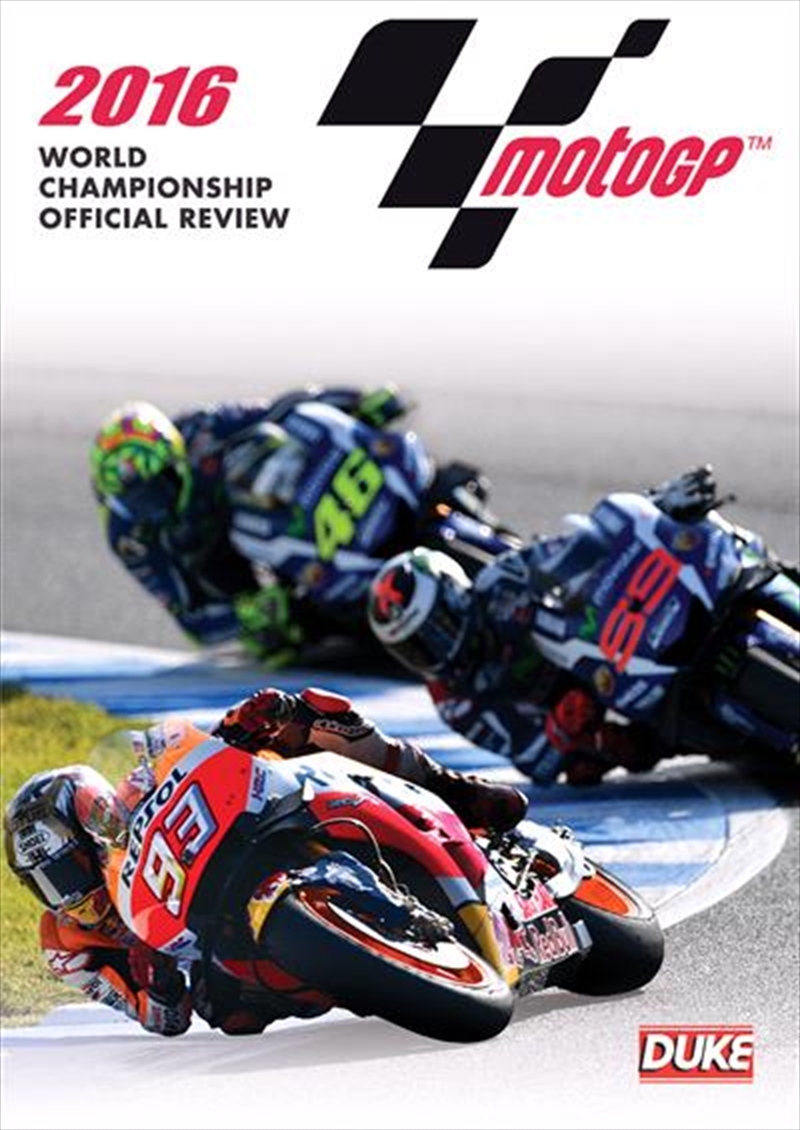 Shipping - See delivery options.
Postcode:
Quantity:
2016 MotoGP World Championship Official Review DVD. All hail King Marc the Third! In the most exciting and unpredictable year of MotoGP ever Marc Marquez proves his titanic skill and ability - scoring five wins to Lorenzo and Rossi's two apiece (at the time of writing) to secure his third MotoGP title in four years. And what a year 2016 has been. MotoGP is just going from strength to strength and 2016 proved to be yet another astonishing year of racing at the very highest level, setting a record for the most number of new winners in one season (four) and the longest consecutive run of races with different winners (eight).We were all delighted to see Cal Crutchlow, Maverick Viales, Andrea Iannone and Jack Miller get their maiden MotoGP wins, and how brilliant to have a new winner at each race through the mid-part of the season. Despite the upheaval Marc just got his head down and turned in one solid performance after another, not allowing himself to be fazed, even when there were six races between his second and third wins. Valentino Rossi and Jorge Lorenzo couldn't match Marquez but this has been far from a walk-over for the young Spaniard, he's been pushed the whole way and the official review is going to be all the better for it! So, even though the season isn't over, we're very excited about the Review, which is going to be a belter. A little word of reassurance here if you bought last years review and were disappointed with the commentary Dorna have promised that they're putting some investment in this year to use Nick Harris, Matthew Birt and Dylan Gray for the best possible result.