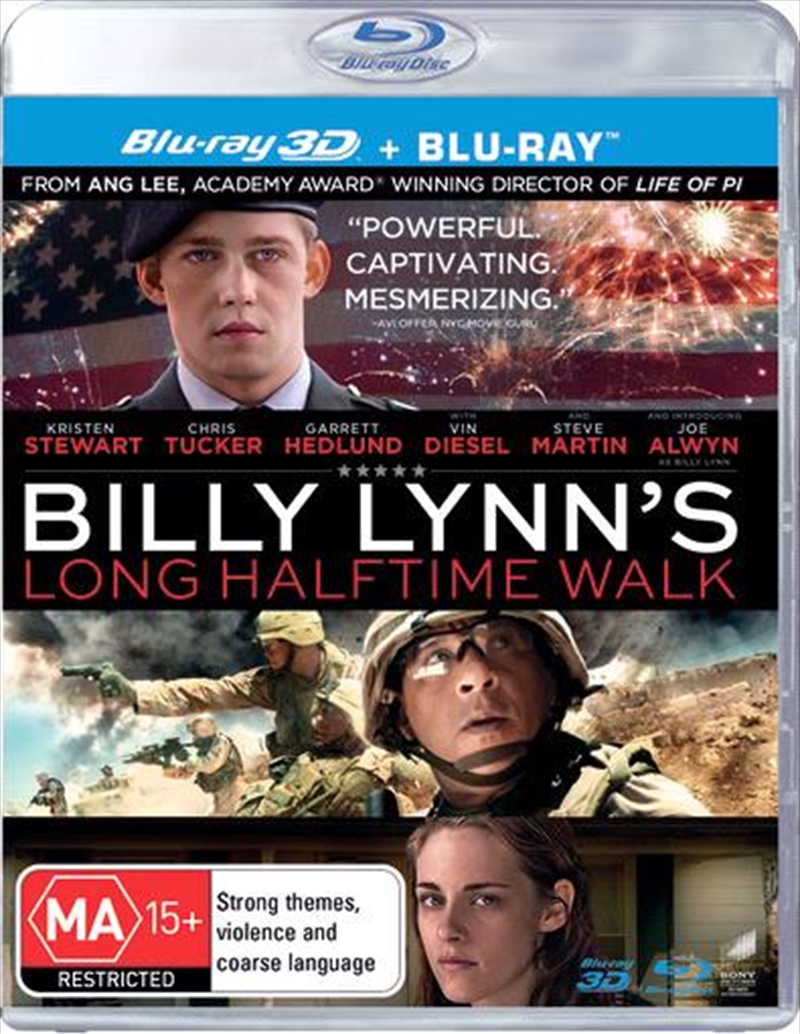 Shipping - See delivery options.
Postcode:
Quantity:
SEE MORE IN:
4 for $50 DVD, Blu-ray & More
Academy Award winner Ang Lee (2012, Best Director, Life Of Pi ) brings his extraordinary vision to Billy Lynns Long Halftime Walk, based on the widely-acclaimed, bestselling novel. The story is told from the point of view of 19-year-old private Billy Lynn (Joe Alwyn) who, along with his fellow soldiers in Bravo Squad, becomes a hero after a harrowing battle in Iraq and is brought home temporarily for a victory tour. Through a sequence of flashbacks the truth about what really a happened is revealed contrasting the realities of the war with Americas distorted perceptions of heroism. Co-starring Kristen Stewart, Chris Tucker, Garrett Hedlund, with Vin Diesel, and Steve Martin.