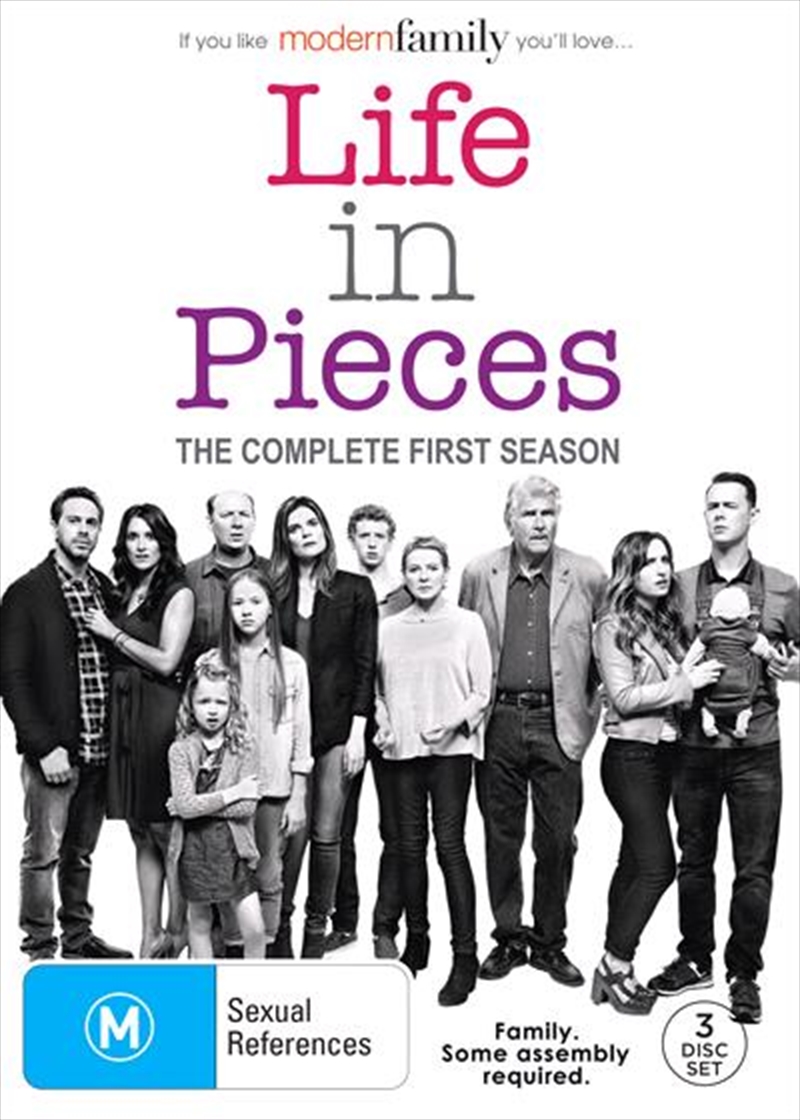 DESCRIPTION
LIFE IN PIECES is a comedy about one big happy family and their sometimes awkward, often hilarious and ultimately beautiful milestone moments as told by its various members. Of the three siblings, middle child MATT may have just found his true love, his co-worker COLLEEN; his coddled, youngest brother GREG and his wife JEN are overwhelmed by the birth of their first child; and the eldest, HEATHER, and her husband TIM are dreading their impending empty nest so much, they're considering having another baby. Their parents are JOAN, the family's adoring matriarch who would do anything for her kids as long as she agrees with it and JOHN, the gregarious patriarch who's searching for ways to soften the blow of turning 70. As the family's lives unfold in four short stories each week, they try to savor these little pieces of time that flash by but stay with you forever, because these moments add up to what life's all about.
DETAILS