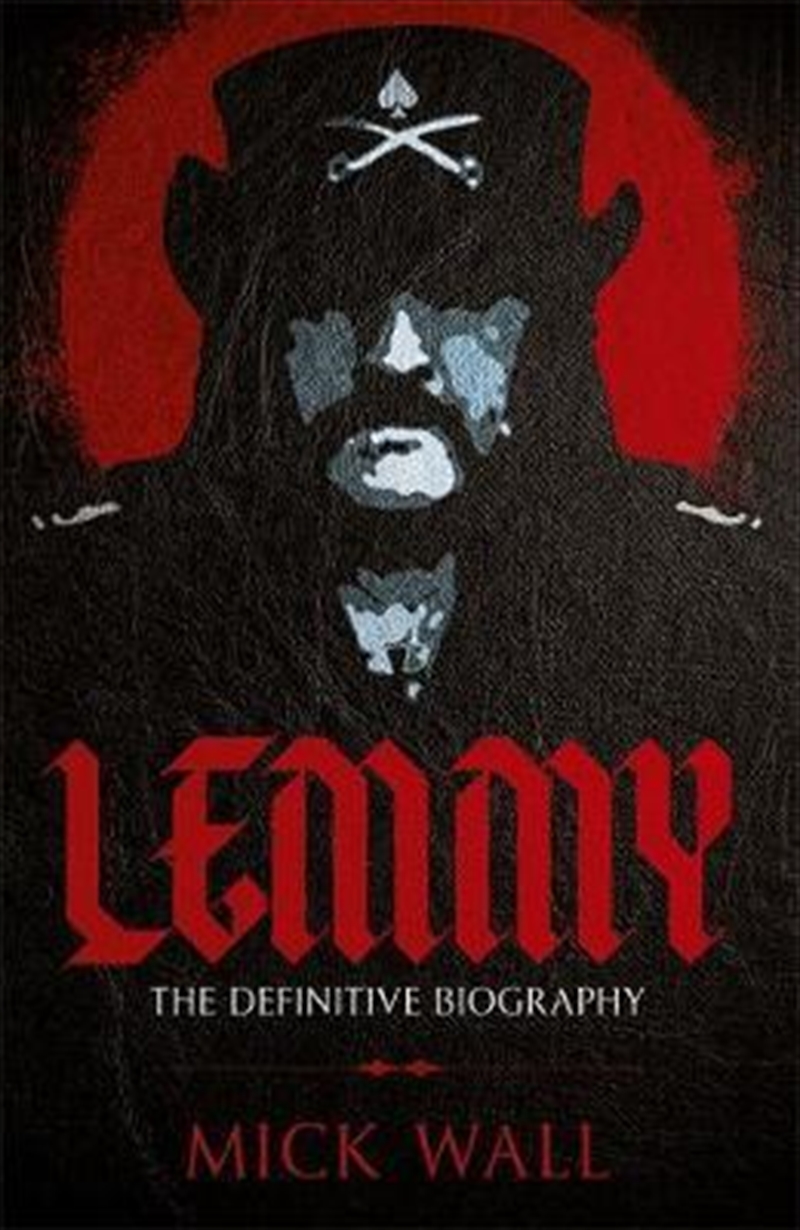 DESCRIPTION
"Mick Wall is one of few rock writers in the world who can actually write and seems to know anything about rock music. I can and do talk to him for hours - poor bastard" - Lemmy. Motorhead

Lemmy was the born-to-lose live-to-win singer who famously sang, in his band Mot rhead's most famous song, 'Ace Of Spades', 'I don't want to live forever.' Yet as he told his friend of 35 years, former PR and biographer, Mick Wall, 'Actually, I want to go the day before forever. To avoid the rush...'. This is his strange but true story.

Brutally frank, painfully funny, wincingly sad, beautifully told, Lemmy: The Ace of Spades is the story of the only rock'n'roller never to sell his soul for silver and gold, while keeping the devil, as he put it, 'very close to my side'.

From school days growing up in North Wales, to first finding fame in the mid-60s with the Rockin Vicars ('We were very big up north, I had a Zephyr 6'); from being Jimi Hendrix's personal roadie ('I would score acid for him'), to leading Hawkwind to the top of the charts in 1972 with 'Silver Machine' ('I was fired for taking them the wrong drugs'); from forming Mot rhead ('I wanted to call the band Bastard but my manager wouldn't let me'), whose iconoclastic album No Sleep 'Till Hammersmith entered the UK charts at No. 1 - and its title into the lexicon of hip-speak.

Based on original interviews conducted between Lemmy and the author over many years, along with the insights of those who knew him best - former band mates, friends, managers, fellow artists and record business insiders - this is the unputdownable story of one of Britain's greatest characters. As Lemmy tells Wall, 'All the hard-living, the drinking, the drugging, the sex, the money, all the bullshit, it was never hard. It was easy. The hard part was not dying from it.'

With the hard part of his journey now over, Lemmy is set to become a legend. Lemmy: The Ace of Spades explains exactly how that came to be.