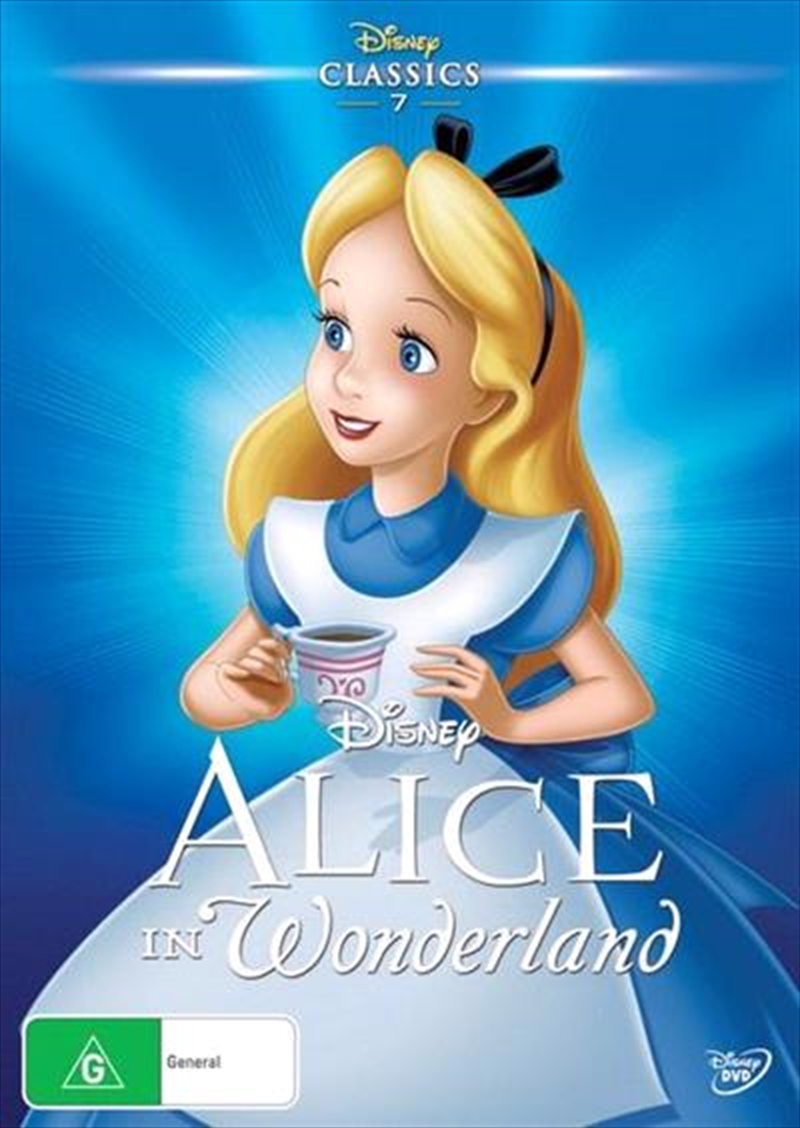 Shipping - See delivery options.
Postcode:
Quantity:
SEE MORE IN:
4 for $50 DVD, Blu-ray & More Alice In Wonderland Disney Movie Classics
DESCRIPTION
In the hands of Disney's extraordinary animators, Lewis Carroll's immortal literary classic comes to life like never before! The surprises begin when a daydreaming Alice encounters a White Rabbit who is frantically running late. She chases him and falls into the magical, madcap world of Wonderland with its kaleidoscope of off-the-wall characters - including Tweedledee and Tweedledum, the Cheshire Cat and the manic Mad Hatter, who invite her to a memorable tea party! The crowning confrontation begins when Alice meets the notorious Queen of Hearts and her enchanted deck of playing cards. Tricked into a curious game of croquet, Alice and her patience end up on trial. Is there no escape from this whimsical escapade? Filled with fantasy and topsy-turvy fun, ALICE IN WONDERLAND is teeming with spectacular songs and astounding animation in the highest Disney tradition!
TRAILER
DETAILS