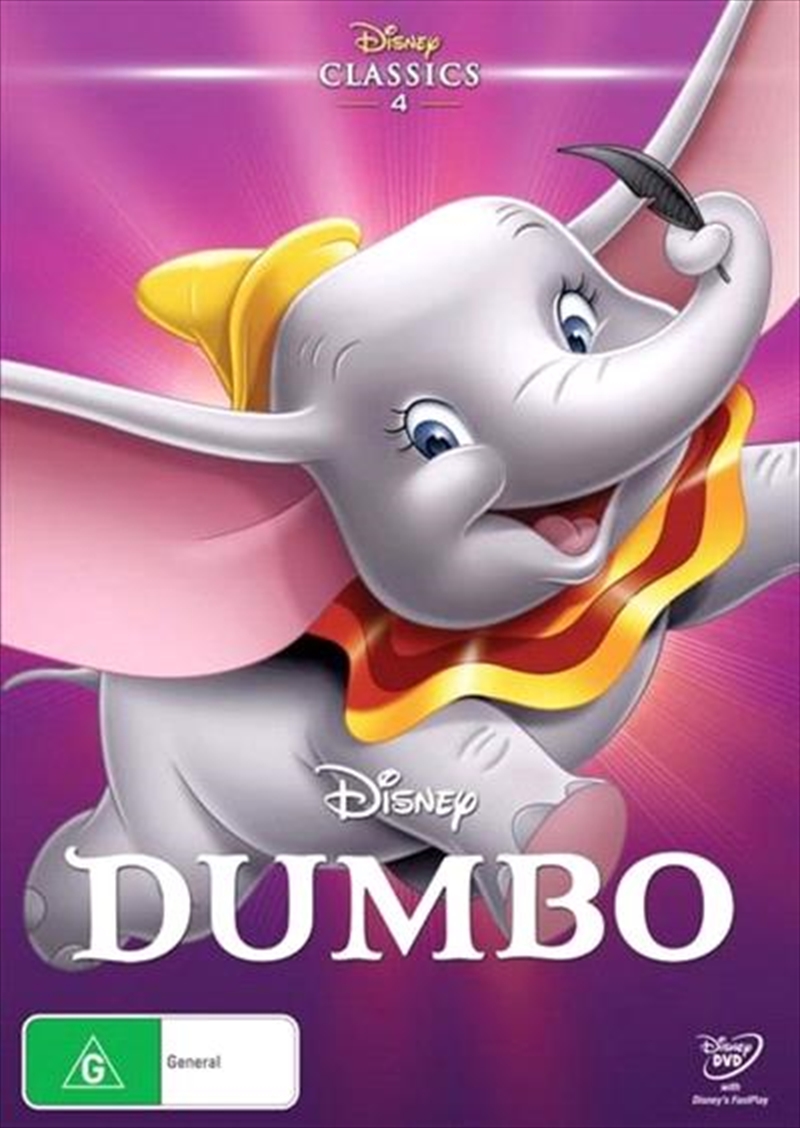 The shortest of Disney's major animated features Dumbo involves a baby elephant with unusually large ears. Ostracized from the rest of the circus animals, poor Dumbo is even separated from his mother, who is chained up in a separate cage after trying to defend her child. Only brash-but-lovable Timothy Mouse offers the hand of friendship to Dumbo. After trepidatiously indulging in a vat of booze, Dumbo awakens in a tall tree. Goaded by a group of jive-talking crows, Dumbo discovers that his outsized ears have given him the ability to fly. The musical score by Frank Churchill and Oliver Wallace won Oscars for them both.
TRAILER
DETAILS