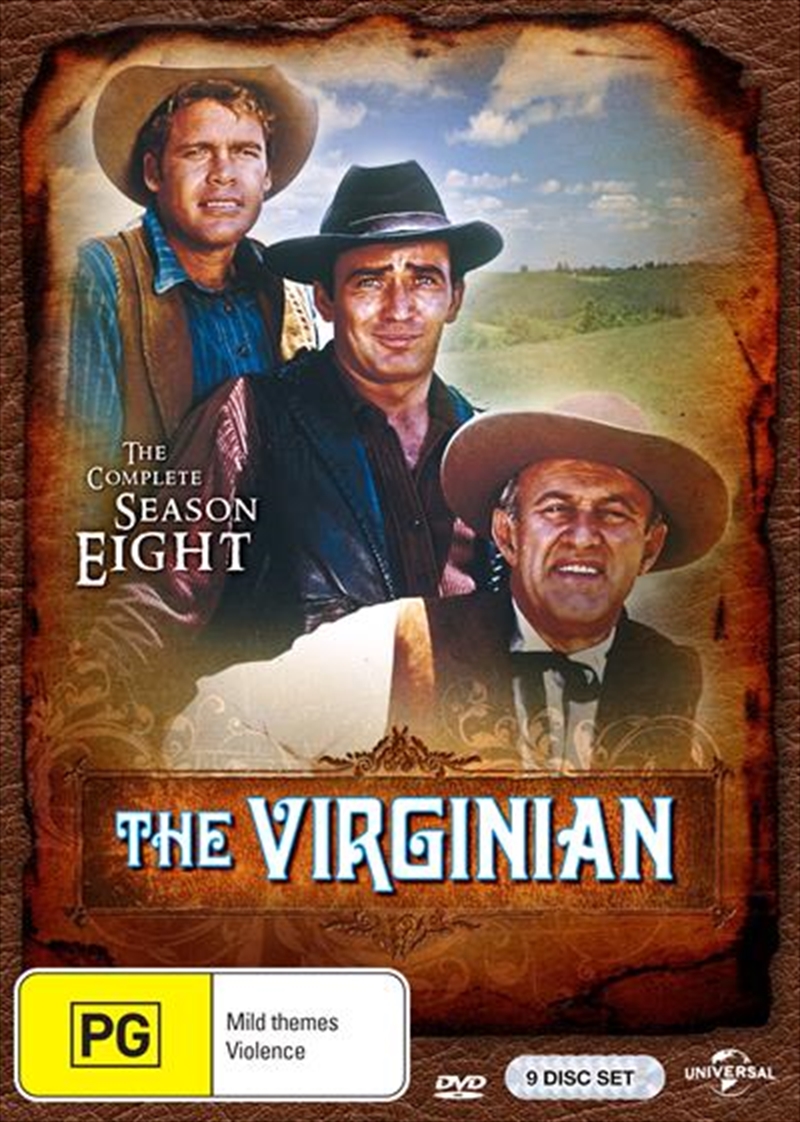 DESCRIPTION
Based on Owen Wister's best-selling Novel of 1902

Owen Wister's 1902 western novel The Virginian was one of the first great novels of the American West. Set in the semi-mythical town of Medicine Bow, Wyoming in the 1890s, it chronicled the lives and relationships of the people who came west and settled the wild land. The Virginian was the first 90-minute television western, airing in prime time on NBC from 1962-1971. The eighth and final season of The Virginian was followed by a single season of The Men From Shiloh, a show featuring the same characters and setting but told in a new and different format. The stellar cast from Season Eight includes James Drury, Doug McClure, John McIntire, Jeanette Nolan and Sara Lane. They are joined by a distinguished array of guest stars, including Art Carney (The Honeymooners), Neville Brand (Laredo), Desi Arnaz (I Love Lucy), Edgar Buchanan (Petticoat Junction), Burgess Meredith (Rocky), Alan Hale, Jr. (Gilligan's Island) and many more!
DETAILS