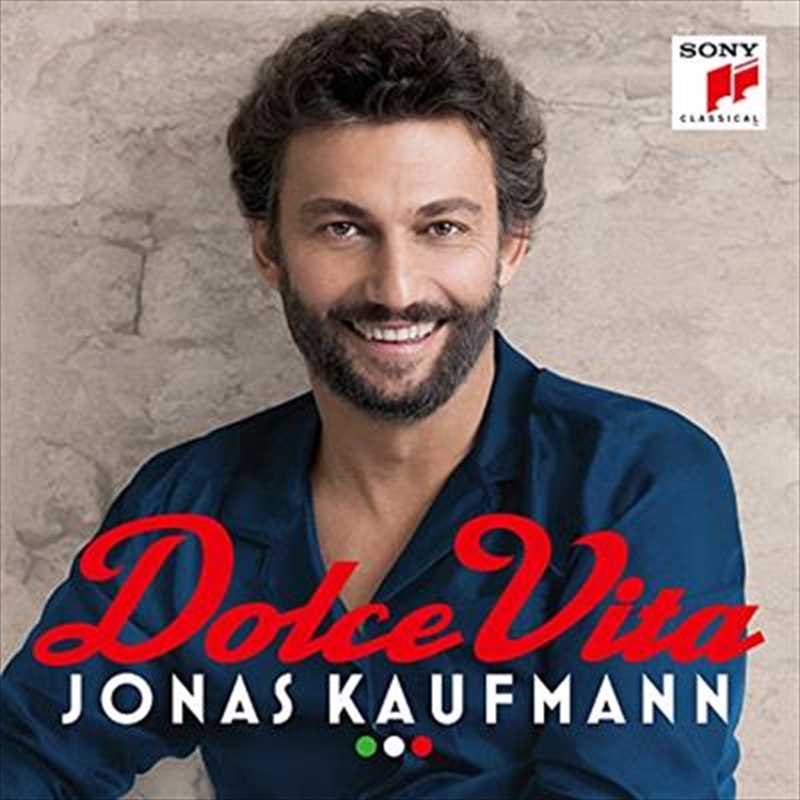 Shipping - See delivery options.
Postcode:
Quantity:
SEE MORE IN:
Jonas Kaufmann
Italy! Like nowhere else on earth – the sunshine and sea salt, the smell of citrus and coffee, a flirtatious glance, an incomparable song drawn deep from the heart. Italy and its immortal music have a magical pull on people like no other culture – and Jonas Kaufmann feels this particularly keenly. The new album Dolce vita is his tribute to this culture, this way of life that has conceived one immortal melody after the other for the tenor voice and influenced him so much. Now Sony Classical is proud to present this special collection of timeless Italian songs – sung by “The world’s greatest tenor” (The Daily Telegraph). Jonas Kaufmann has had a special bond with Italy since his youth. Growing up in Germany’s most southern city – Munich, locally known as “the most northern city of Italy” – meant that holidays in Italy were just a car ride away for him and his family. Since spending these childhood holidays playing with local bambini, Jonas Kaufmann has absorbed much more than just the Italian language: long familiar with Italy’s ways, its southern temperament, its love of good food, and its fashion and flair, Jonas feels very much at home in this adopted culture. Naturally, much of the magic and authority that Jonas brings to the opera stage stems from his passion and understanding of this Mediterranean land and its music.