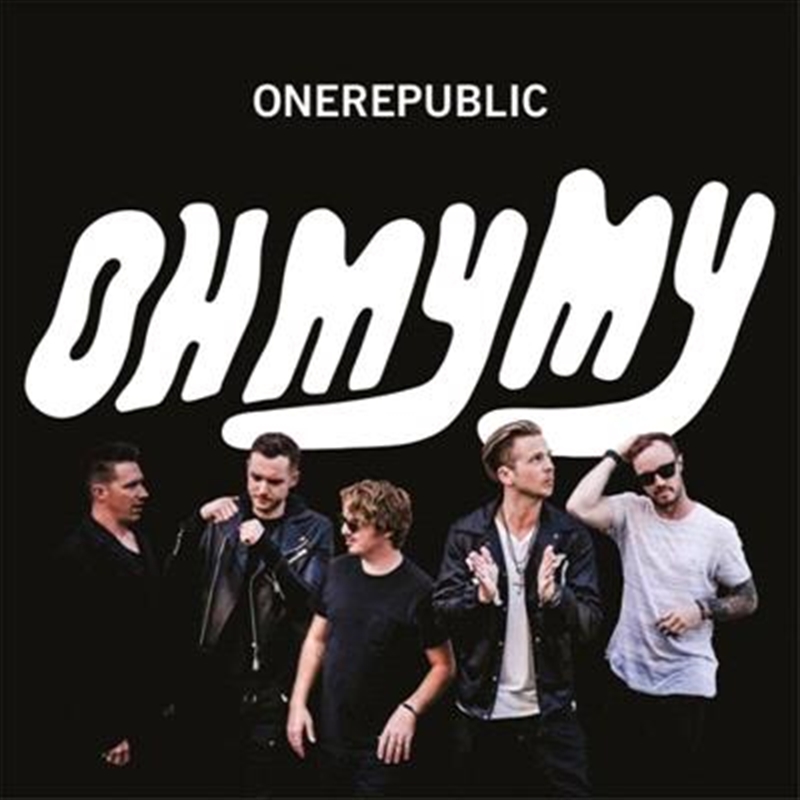 DESCRIPTION
'Oh My My' is the anticipated follow-up to OneRepublic's 2013 album 'Native,' which debuted at No. 4 on the Billboard Top 200 chart and has sold over five million units worldwide. It produced the hit singles "If I Lose Myself," "Feel Again," "Love Runs Out," "I Lived,' and "Counting Stars," which reached No. 1 in 54 countries and has sold over 10 million downloads. OneRepublic, which is Tedder, guitarist Zach Filkins, drummer Eddie Fisher, guitarist Drew Brown, and bassist Brent Kutzle, released their debut album Dreaming Out Loud in 2007. The album included the smash single "Apologize," which shattered digital sales and airplay records worldwide and received a Grammy nomination. The band's second album, 2009's Waking Up, produced three singles: "All the Right Moves," "Secrets," and "Good Life." Tedder is also a Grammy-winning songwriter and producer who has worked with such artists as Taylor Swift, Adele, Beyoncé, U2, Ellie Goulding, Maroon 5, and many others.
DETAILS

Title: Oh My My

Oh My My (feat. Cassius)

The Less I Know