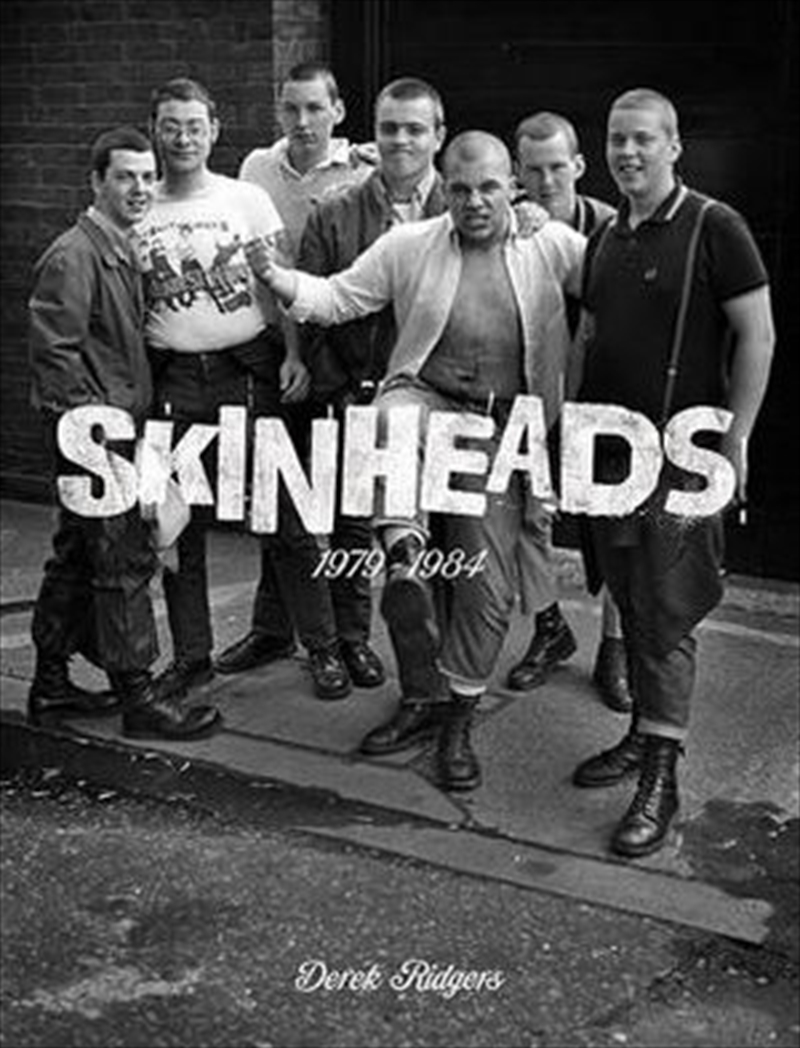 Shipping - See delivery options.
Postcode:
Quantity:
SEE MORE IN:
New Release Books Books About Music & Entertainment
"In early '79 I was already engaged in what eventually turned out to be a lengthy photographic study of the New Romantics (though back then they were not known as such). I'd been documenting this nascent scene in the Soho nightclub 'Billy's' and, one evening, a group of about half-a-dozen skinheads turned up. They saw me taking photographs and one of them, a guy called Wally, asked me if I'd like to take some photos of them too. They seemed pretty friendly and not at all camera shy. I took a few snaps, we got talking and Wally suggested I go with the whole gang on one of their Bank Holiday jaunts to the seaside. That was what led, eventually, to five years of photographing skinheads. In those five years I got to know some of the skinheads quite well and liked many of them." Derek Ridgers All the photos were taken between 1979 - 1984 in either London or nearby coastal towns. Over 100 photos including 32 pages of colour.