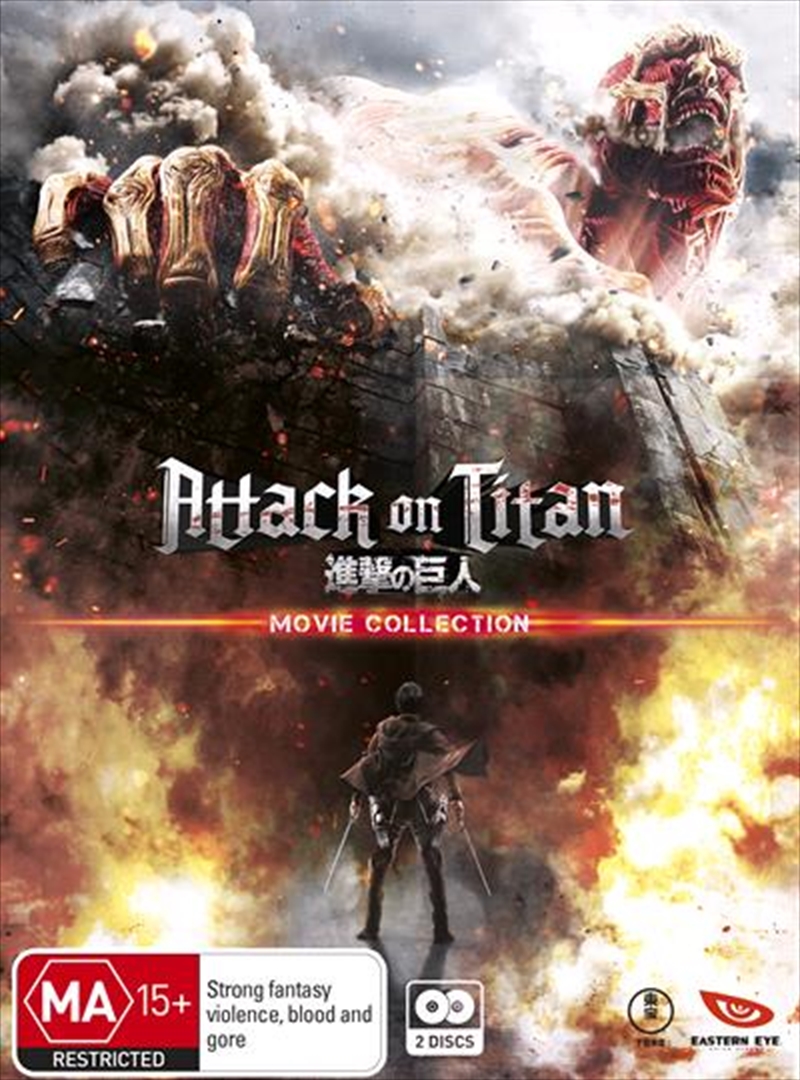 Japan, present day. The sudden arrival of the Titans - mysterious, gigantic humanoid creatures who devour human beings one after the other - brings mankind to the brink of extinction. Fast-forward 100 years. What remains of the human population now survives in relative peace behind massive walls erected in defense against the Titans. Yet once again, that peace is shattered when a Colossal Titan, measuring over 50 meters tall, smashes through the wall and allows a horde of other Titans to enter. Eren Yeager had resigned himself to a life confined behind these walls. But when he joins the 'Outer Wall Restoration Team' set up to fight against the Titans, he is reunited with Mikasa, a childhood friend. The new recruits embark on a mission to plug the gaping hole in the wall and stop the waves of titans once and for all. If this mission fails, it will spell the end of humanity. Why did the Titans appear? Why do people continue to fight? The last counterattack to save human civilization is about to begin. This collection features both the live-action films, ATTACK ON TITAN, and ATTACK ON TITAN: END OF THE WORLD.
DETAILS