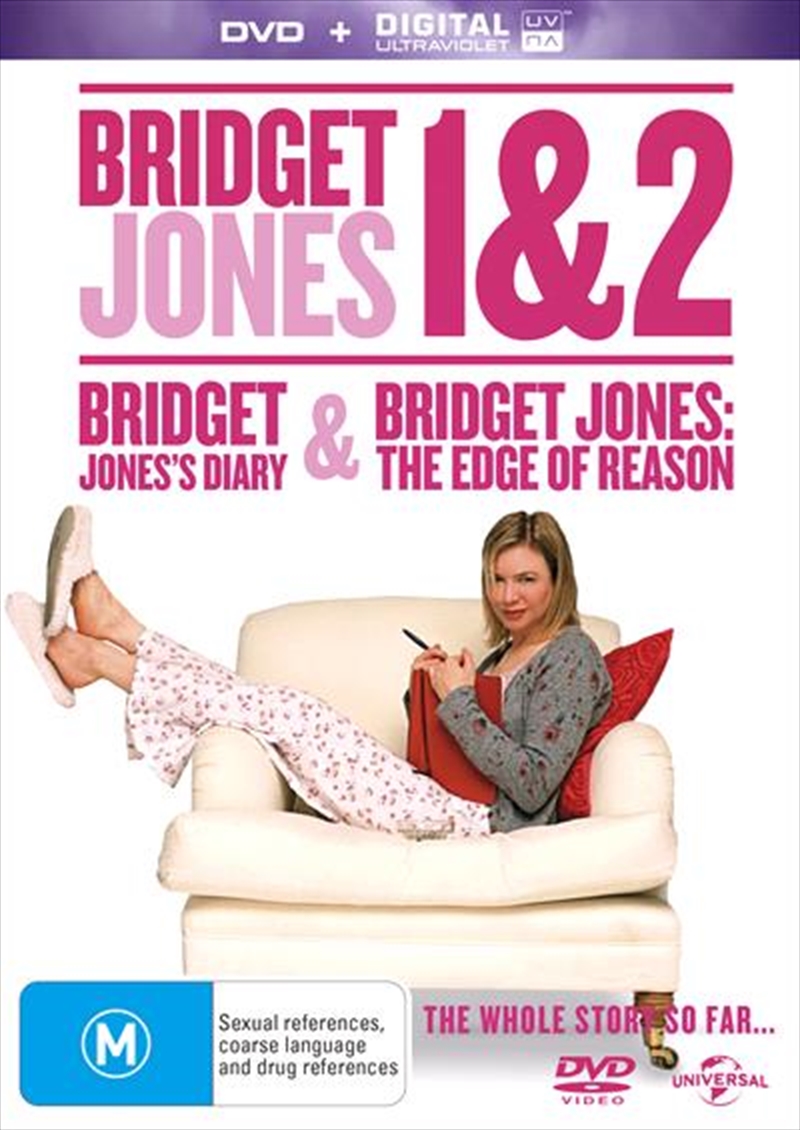 It's Monday morning, Bridget has woken up with a headache, a hangover and her boss.

Bridget Jones's Diary (2001) 32-year-old Bridget smokes too much, drinks too much and has a tendency to say whatever's on her mind. As a New Year's resolution she decides it's time to take control of her life - and starts keeping a diary. Now, the most provocative, erotic and hysterical book on her bedside table is the one she's writing. With a taste for adventure and an opinion on every subject - from exercise to men to food to sex and everything in between - she's turning the page on a whole new life.Bridget Jones: The Edge of Reason (2004) You thought the last movie was happily ever after? You thought wrong! Bridget (Renee Zellweger) and Mark (Colin Firth) are now together but for how long? A jellyfish by the name of Rebecca (Jacinda Barrett), Bridget's relationship paranoia, unusual horsemanship, magic mushrooms and a stint in prison are just some of the things Bridget has to face in The Edge of Reason. Add to that the return of Daniel Cleaver (Hugh Grant) and you have the makings of one of the funniest films this year. Will they live happily ever after? Watch and find out.
TRAILER
DETAILS