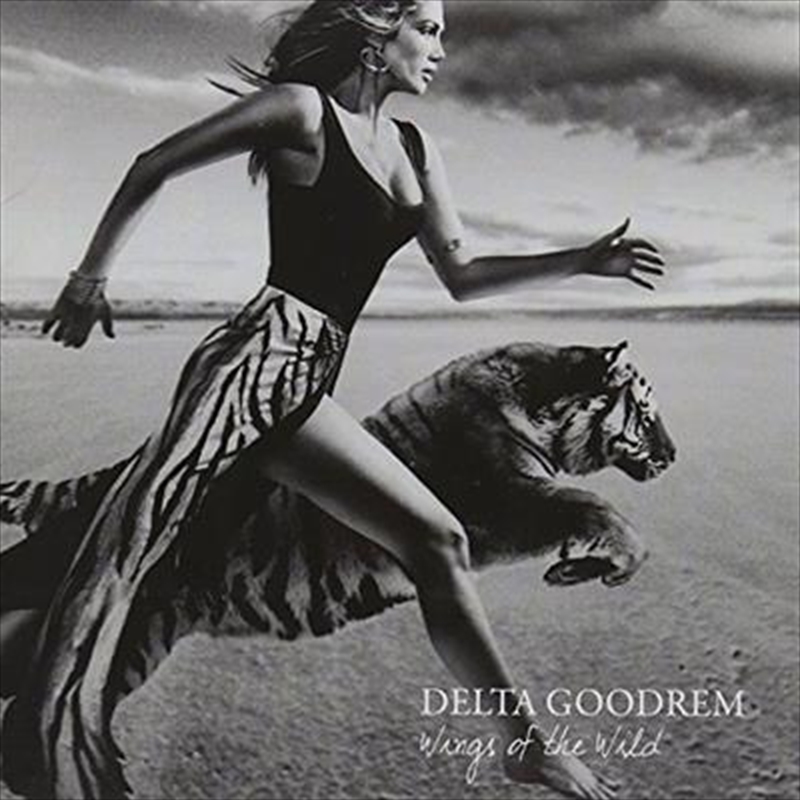 Shipping - See delivery options.
Postcode:
Quantity:
SEE MORE IN:
Delta Goodrem 2 for $25 Music
DESCRIPTION
This is Delta Goodrem in 2016 - with arguably the finest album of her career, WINGS OF THE WILD.

When it comes to having hits, Delta is a force of nature. By now you have heard the singles, ‘Wings’ and ‘Dear Life’. To date, Goodrem has earned seventeen top ten singles, fourteen ARIA Awards, a Silver Logie Award, three World Music Awards and album sales in excess of 23 x platinum.

In the last twelve months, ‘Wings’ hit #1 on the ARIA Charts and achieved platinum: Delta starred in Cats The Musical as Grizabella, and ‘Dear Life’ achieved Gold status. A multi-tasker, Delta also resumed her coaching duties on the #1 rating show, The Voice.

Like all great writer/performers, portions of Delta Goodrem’s autobiography can be found in her set list. The well-spring of Delta’s best work stems from her ability to mix her writing with a dose of her own truth and a fine imagination.

While she was writing new songs and recording, Delta was also curating a series of visual images in her countless scrapbooks, that informed the work that finally became, WINGS OF THE WILD.

WINGS OF THE WILD features the hit singles, ‘Wings’ and ‘Dear Life’. Other highlights include ‘Feline’, ‘Just Call My Name’, ‘Heavy’, ‘The River’ and the new single, ‘Enough’ featuring Gizzle.

I Believe In A Thing Called Love