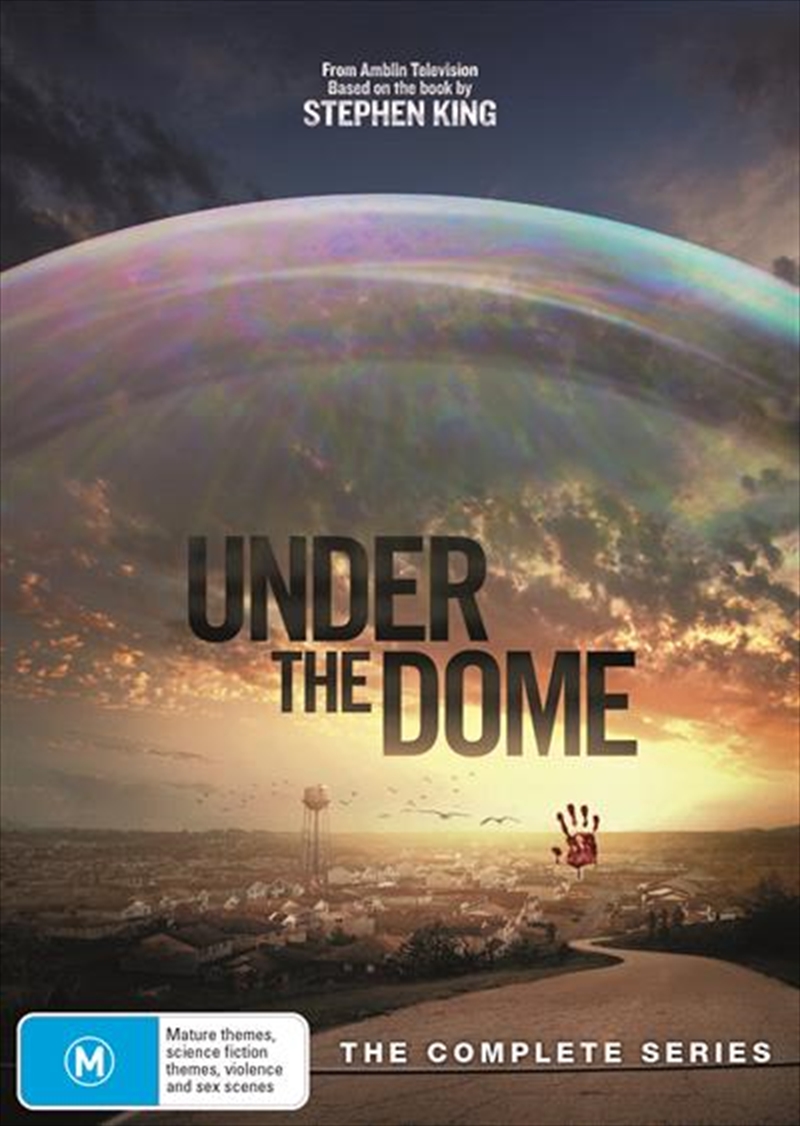 Shipping - See delivery options.
Postcode:
Quantity:
SEE MORE IN:
Up To 50% Off Boxsets Bingeworthy Boxsets
DESCRIPTION
No way in. No way out.

Under the Dometells the story of the residents of the fictional small town of Chester's Mill where a massive, transparent, seemingly indestructible dome suddenly cuts them off from the rest of the world. With no Internet access, no mobile signals and limited radio communication, the people trapped inside must find their own ways to survive with diminishing resources and rising tensions. While military forces, the government, and the media positioned outside of this surrounding barrier attempt to break it down, a small group of people inside attempt to figure out what the dome is, where it came from, and if (and when) it will go away.
DETAILS