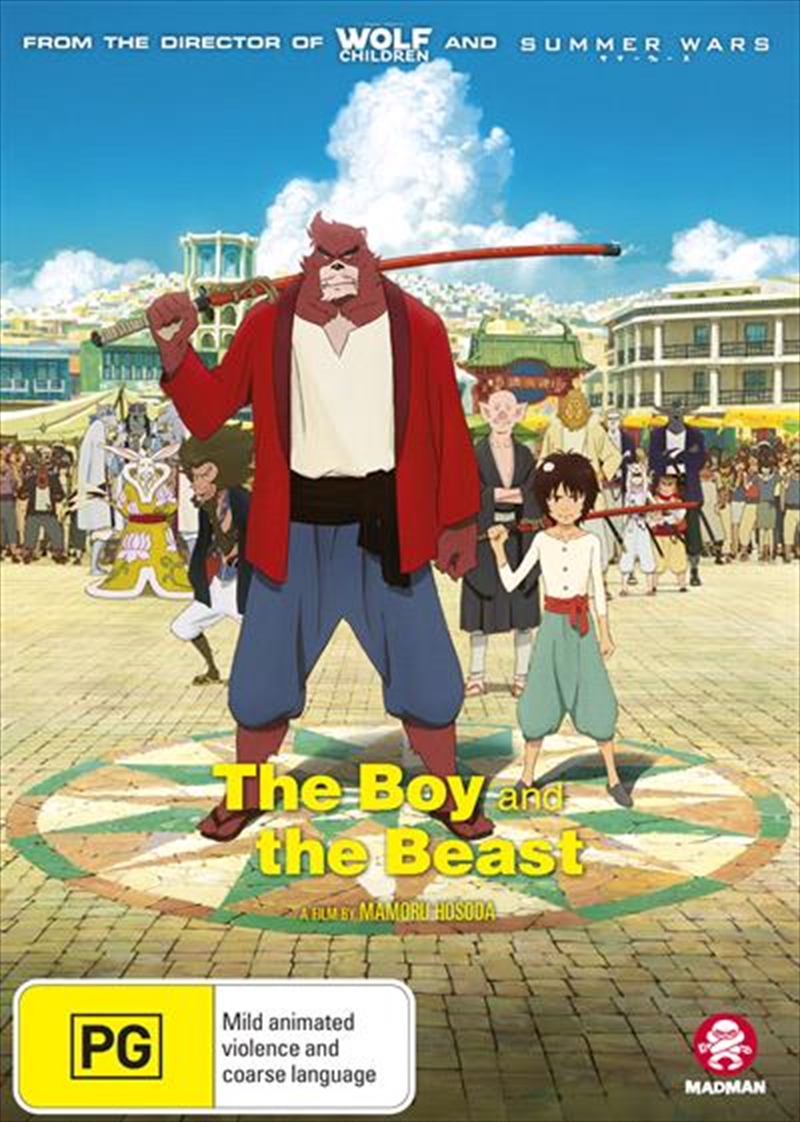 Shipping - See delivery options.
Postcode:
Quantity:
SEE MORE IN:
2 for $40 TV All 2 for $40
From Mamoru Hosoda, the acclaimed director of SUMMER WARS and WOLF CHILDREN comes the story of an unlucky boy and a lonely beast.

When Kyuta, a young orphan living on the streets of Shibuya, stumbles into a fantastic world of beasts, hes taken in by Kumatetsu, a gruff, rough-around-the-edges warrior beast whos been searching for the perfect apprentice. Despite their constant bickering, Kyuta and Kumatetsu begin training together and slowly form a bond as surrogate father and son. But when a deep darkness threatens to throw the human and beast worlds into chaos, the strong bond between this unlikely pair will be put to the ultimate test a final showdown that will only be won if the two can finally work together using all of their combined strength and courage.