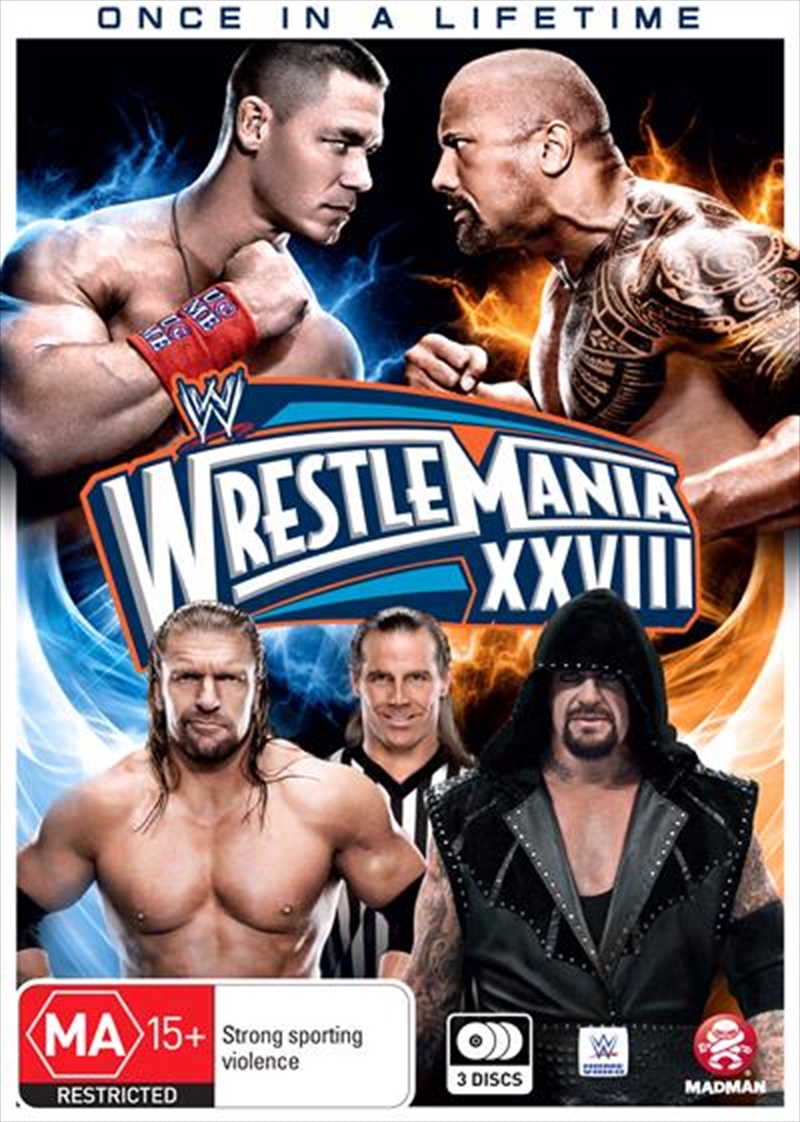 ONCE IN A LIFETIME. The Rock and John Cena collide in the most anticipated WrestleManiaface-off in history, an epic match that will forever define the legacies of these two icons. The Deadman stakes his entire legacy on one battle with Triple H inside the nightmarish prison they immortalized, Hell In A Cell, in the match thatwill end an era, with The Heartbreak Kid Shawn Michaels as special guest referee. WWE Champion CM Punk faces off against Chris Jericho in the explosive clash of revolutionaries that will determine which man truly is The Best In The World. Daniel Bryan defends his title against a riled-up and ruthless Sheamus, who will have to fight through The Submission Specialists tactics to claim his first World Heavyweight Championship. Team Teddy takes on Team Johnny to determine which man will win total control of bothRawandSmackDown.Witness the extraordinary as WWE takes over Sun Life Stadium in Miami, Florida forWrestleMania XXVIII.