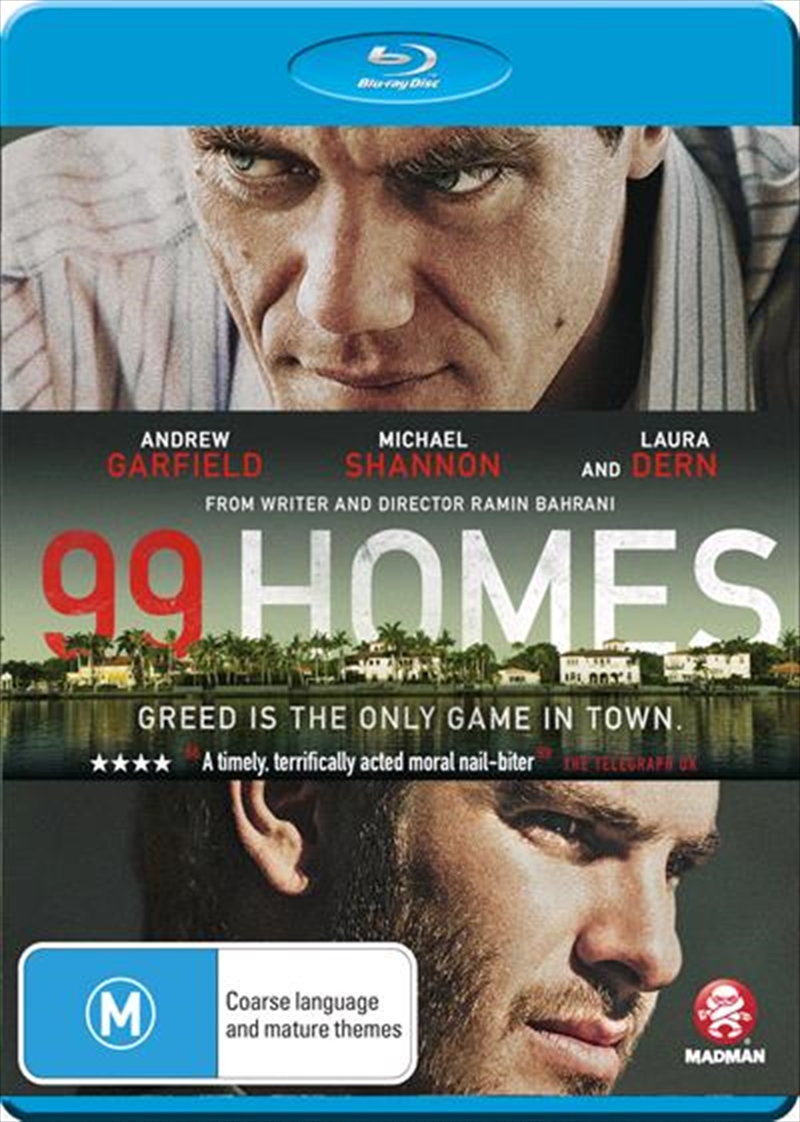 Want to click and collect? Check store availability
DESCRIPTION
Greed is the only game in town.

In this timely thriller, hard-working single father Dennis Nash (Andrew Garfield) and his mother (Academy Award nominee Laura Dern) are cruelly evicted from their home. Desperate to get his house back, Nash goes to work for the wealthy and ruthless businessman Rick Carver (Academy Award nominee Michael Shannon); the very man who repossessed Nash's home. It is a deal-with-the-devil that comes with an increasingly high cost - on Carver's orders, Nash must evict families from their homes; in return, Nash is promised a lifestyle of wealth and glamour. As Nash falls deeper into Carver's web, he finds his situation grows more brutal and dangerous than he ever imagined.
DETAILS