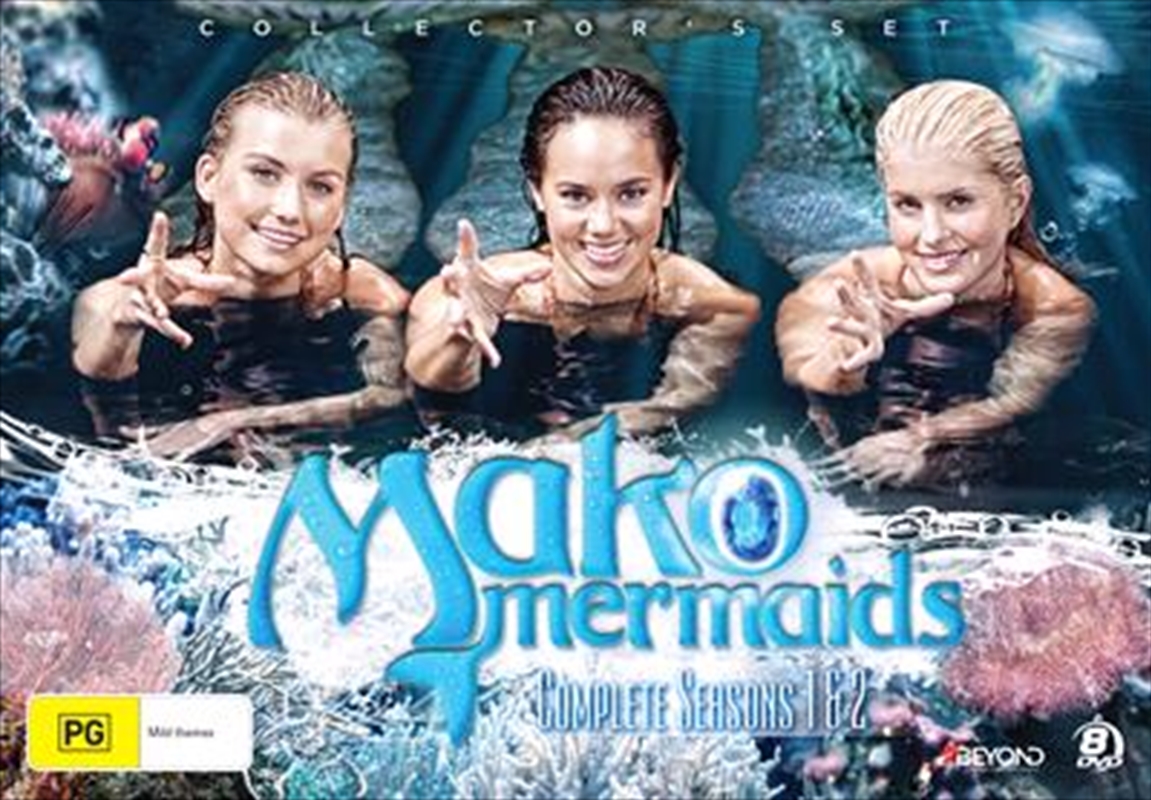 MAKO MERMAIDS SEASON 1: Real life mermaids, Sirena, Nixie and Lyla are part of a mermaid pod, which lives in the waters of Mako Island.As young members of the pod, it is their job to protect the Moon Pool, and guard it from trespasses. But on the night of a full moon, the mischievous mermaids neglect their duties. Sixteen-year-old land dweller Zac (Chai Romruen) enters the Moon Pool and forms a special connection with Mako Island. Zac is given a fish like tail and amazing powers. The Mermaid pod is forced to leave Mako. Lyla (Lucy Fry), Nixie (Ivy Latimer) and Sirena (Amy Ruffle) are left behind, cast out of the pod. The young mermaids know there is only one way they will be allowed to rejoin their pod. They must get legs, venture onto land, and take back Zacs powers or risk being outcasts forever.
MAKO MERMAIDS SEASON 2: Ondina and Mimmi, two young mermaids from the Mako pod, are determined to break Zac's connection to Mako Island and reclaim Mako for the pod. They run away and join Sirena on land, where they soon learn that Zac's connection to Mako is stronger than they thought. Their job gets harder when they accidentally turn Zac's girlfriend Evie into a mermaid. Then there's Erik, the handsome new boy in town who reveals he is a merman and develops a romance with Ondina. But their biggest challenge is the ancient merman chamber that Zac discovers on Mako. Zac must learn to control the mysterious force that draws him to the chamber, while the mermaids must work with Zac to unlock its secrets before it falls into the wrong hands. Along the way, friendships will be tested and stunning truths will be revealed.
DETAILS