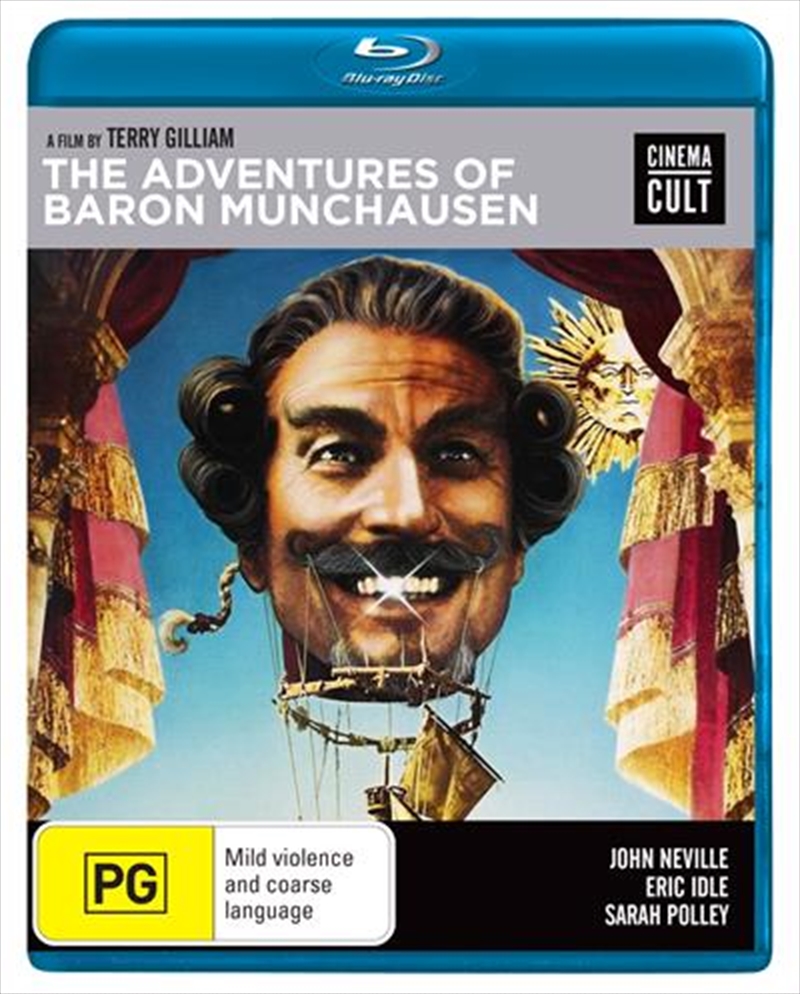 From Terry Gilliam, director of Time Bandits and Brazil, comes The Adventures of Baron Munchausen, a spectacular epic fantasy quite unlike any other film ever made. Just who is Baron Munchausen? Liar? Rogue? Madman? Or the greatest superhero ever to battle and triumph against unbeatable odds? Did he really ride through the air on a cannonball, slay a three-headed griffin, journey to the moon, all before breakfast? Helped and hindered by a cast of, quite literally, thousands including Vulcan, Berthold and many more, the indomitable Baron succeeds in overcoming every obstacle to face his final greatest challenge: Death itself! There's never been a film remotely like this but then there's never been a hero to compare with the Baron...
TRAILER
DETAILS