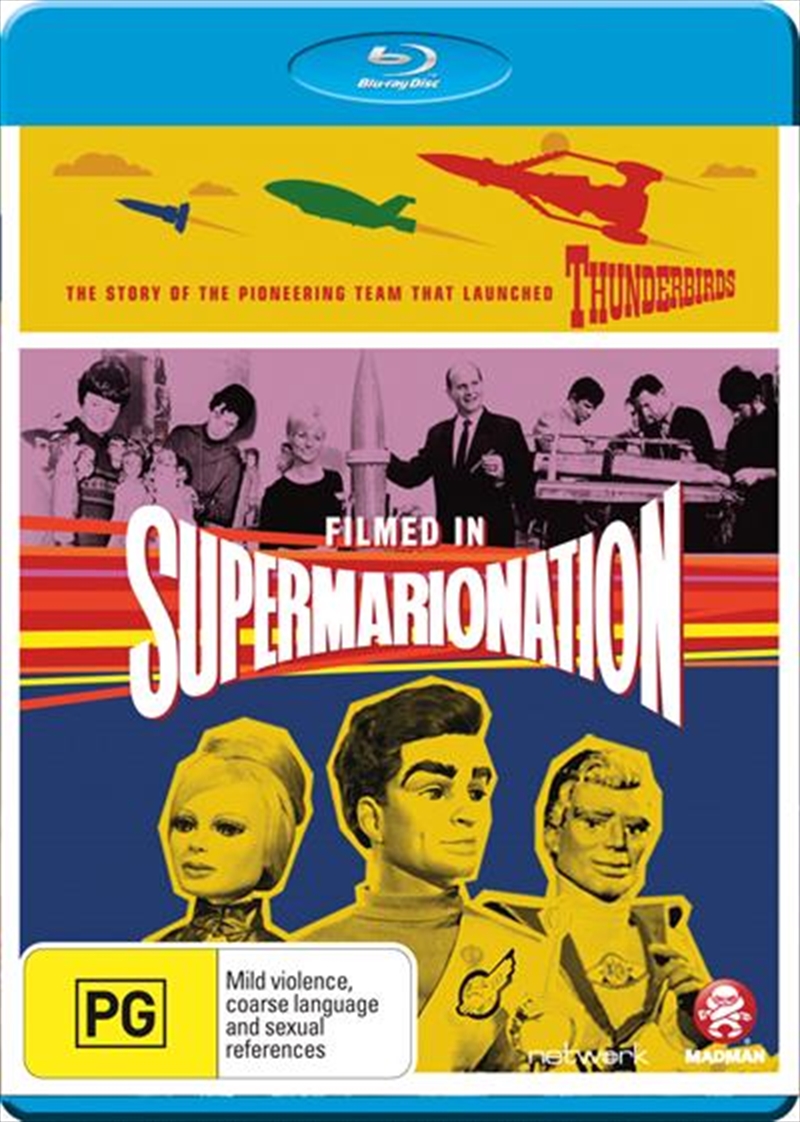 Shipping - See delivery options.
Postcode:
Quantity:
SEE MORE IN:
Documentaries
Anything can happen in the next 2 hours! The amazing story of Thunderbirds and their creators.

The ground-breaking puppetry and animation technique pioneered by Gerry and Sylvia Anderson is brought to life in this definitive documentary, revealing the passion and dedication behind their process. The Andersons brought to screen some of the biggest and most popular puppetry programmes of the 1960s including Stingray, Captain Scarlet and famously, Thunderbirds. With Thunderbirds celebrating its 50th anniversary in 2015, this timely documentary uncovers how the Andersons developed their trademark method. Filmed In Supermarionation is a one-of-a-kind insight into the studio that put puppetry on the map. Hosted by Lady Penelope and Parker themselves, Filmed in Supermarionation is a screen adaptation of the book of the same name and features a wealth of previously unseen archive footage, brand new interviews with the surviving casts and crews and clips from the shows themselves. A highlight of the film are ingenious and accurate recreations of the pioneering techniques used in the productions, which all brought to life with eye-popping sixties graphics, music and the same spirit of fun and adventure the original shows themselves oozed.