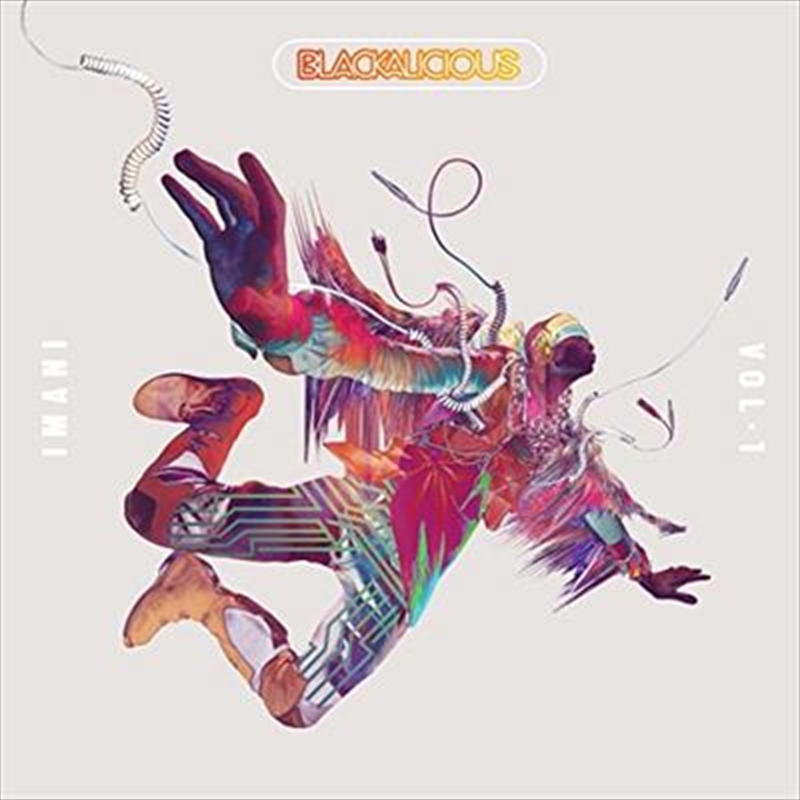 Want to click and collect? Check store availability
DESCRIPTION
On 16th October 2015 hip hop royalty Blackalicious release their first album in ten years - ‘Imani, Vol. 1’ - which finds the California-bred duo on top musical form and lives up to their hard-won reputation as one of the genre’s most progressive and forward-thinking creative forces. The album stays true to rapper Gift of Gab‘s clever tongue-twisting wordplay and DJ/producer Chief Xcel‘s unique melodies delivered via a mix of production and live instruments.

‘Imani, Vol. 1’ - the first of a trilogy to be released over the course of two years - is Blackalicious’ most ambitious and accomplished effort to date, maintaining the spirituality, introspection and positivity that are the twosome’s trademarks. The circumstances around its creation offer one of the most inspiring examples of triumph over adversity in modern music with Imani, Vol. 1’’s birth cycle coinciding with Gab’s ongoing fight for his health after suffering kidney failure and his continuing dialysis treatment while searching for a kidney donor.

The pair is joined on ‘Imani, Vol. 1’ by an esteemed cast of guest performers: Big Boi and Kanye West collaborator Bosko on ‘Inspired By’, Afro-pop diva Zap Mama on the title track, Amde Hamilton of legendary ‘60s rap progenitors the Watts Prophets on ‘Faith’, singer-songwriter Imani Coppola on ‘The Sun’, underground hip-hop duo LifeSavas on ‘That Night’, neo-blues auteur and NPR Tiny Desk winner Fantastic Negrito on ‘Love’s Gonna Save the Day’, Myron of retro-soulsters Myron & E on ‘On Fire Tonight’ and the all-star hip-hop combo of Lateef, Lyrics Born, funk band Monophonics, and DJ D Sharp on ‘Alpha and Omega’.

Blackalicious is known for Gab’s “astonishing verbal dexterity and enunciation” (Pitchfork) and “Xcel’s utility beats and turntabilism” (Rolling Stone). Their own work has been sampled by Rae Sremmurd, honored by Macklemore, and rapped by Daniel Radcliffe on The Tonight Show with Jimmy Fallon. ‘Imani, Vol. 1’ is their fourth LP after 1999’s ‘Nia’ (Swahili for purpose’), 2002’s ‘Blazing Arrow’, and 2005’s ‘The Craft’.

That Night (feat. The Lifesavas)

We Did It Again