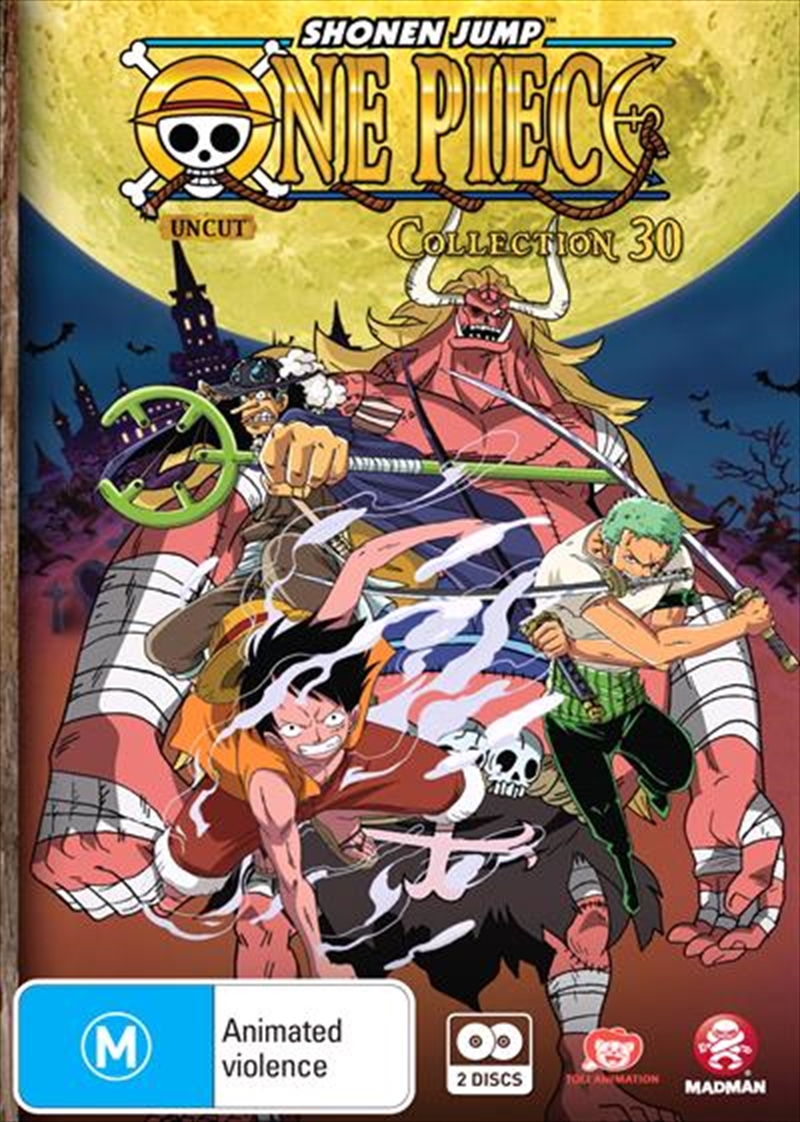 DESCRIPTION
Hold on to your shadow because the Thriller Bark arc is about to take a terrifying turn!

As Luffy attempts to track down Moria and take back what he's lost, Usopp reaches deep into his bag of tricks to even the odds in his battle with Perona. Meanwhile, Nami narrowly avoids an undead trip down the aisle, and Zoro clashes with a zombie samurai in the hopes of adding a new blade to his arsenal. Armed with the secret to defeating Moria's minions, things briefly appear to be looking up for the Straw Hats, but the onslaught of Oars, the towering terror powered by Luffy's shadow, threatens to doom the crew. Undaunted in the face of this insurmountable evil, the Straw Hats stand strong together, vowing to fight till their very last breaths. As the hour creeps toward dawn, Oars prepares to deliver a furious flurry of devastating death blows, but his heinous attack is interrupted by the shocking arrival of Nightmare Luffy!
TRAILER
DETAILS