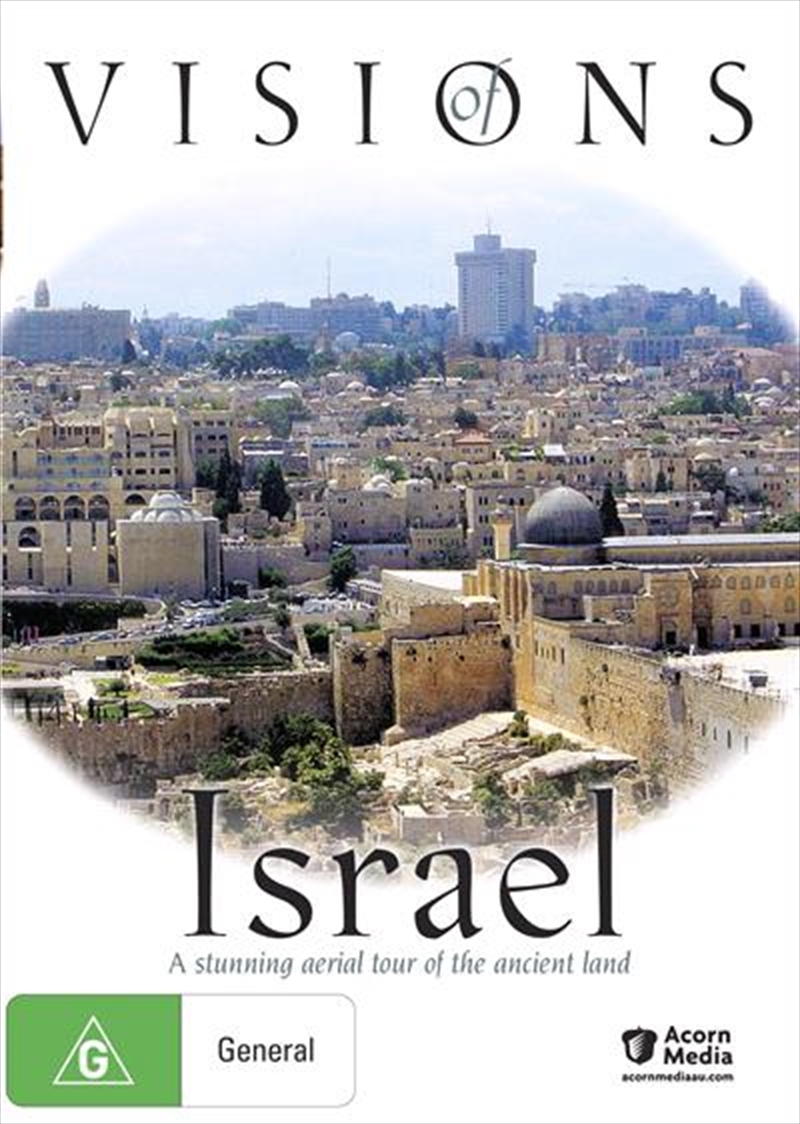 Sacred sites and natural wonders in all their visual glory Make an aerial pilgrimage to Israel, the worlds only Jewish state and Holy Land to three major religions: Judaism, Christianity, and Islam. Stunning footage showcases Israel in all its diverse glory, flying over sites where Jewish rebels gave their lives; where Egyptians, Greeks, and Romans built outposts of their empires; and where Jesus Christ lived and died. Witness the magnificence of the countrys many holy sites, including the Western Wall, the Temple Mount, and the Church of the Holy Sepulchre, alongside exotic seaside resorts and the austere beauty of the Judean desert. With informative narration by Israeli American violinist Itzhak Perlman and ethnic music, VISIONS OF ISRAEL presents the natural and historical wonders of this sacred landscape.