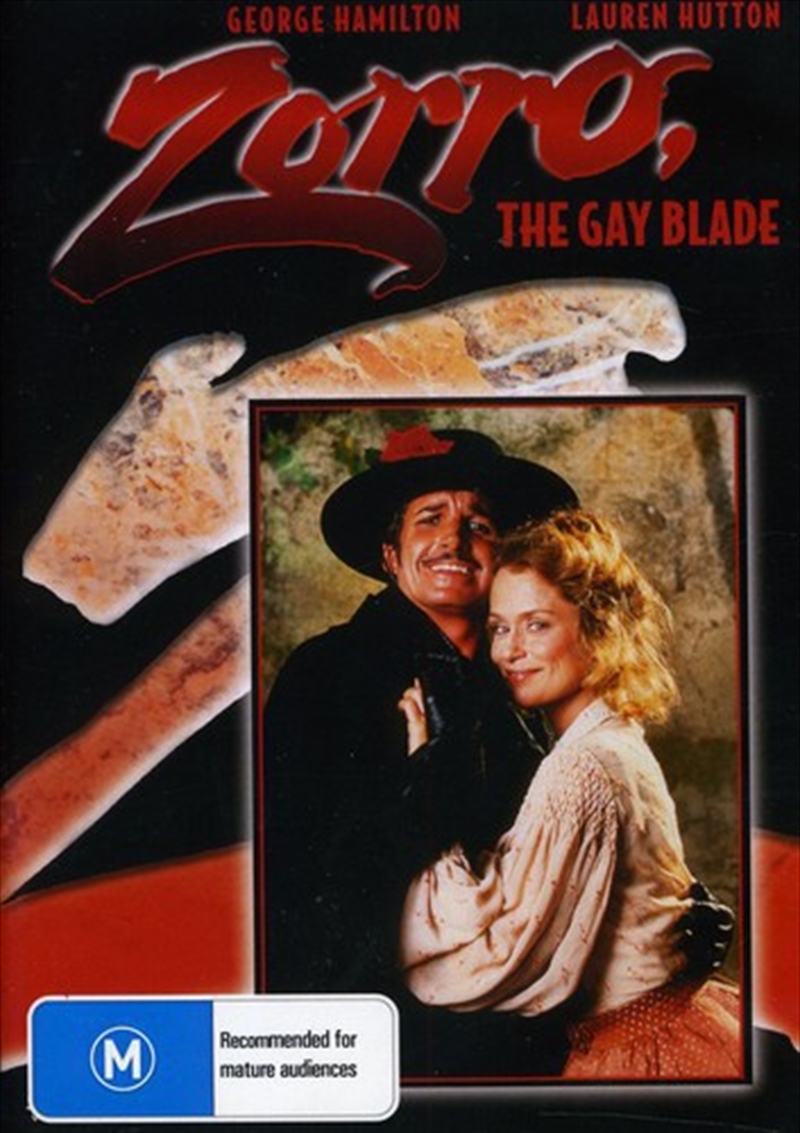 Shipping - See delivery options.
Postcode:
Quantity:
NTSC/Region 0 pressing. George Hamilton stars in a dueling dual role as twin sons of the legendary Zorro. Soon after the dashing Don Diego Vega inherits his father's famous sword and costume, a broken ankle prevents the masked avenger from fulfilling his heroic duties. When his flamboyantly fashion-conscious brother assumes the secret identity to continue an ongoing fight for justice, the results are nothing short of hilarious! In a hilarious send-up of the dashing ZORRO legend, George Hamilton portrays the twin sons of the Man in Black in this fast paced comedy. When the Spanish Governor begins reigning terror down on his people, the brother chosen to fulfill the role of Zorro hurts his foot during an insurrection. As a last hope, he calls on his flamboyantly effeminate brother to temporarily assume his heroic role.