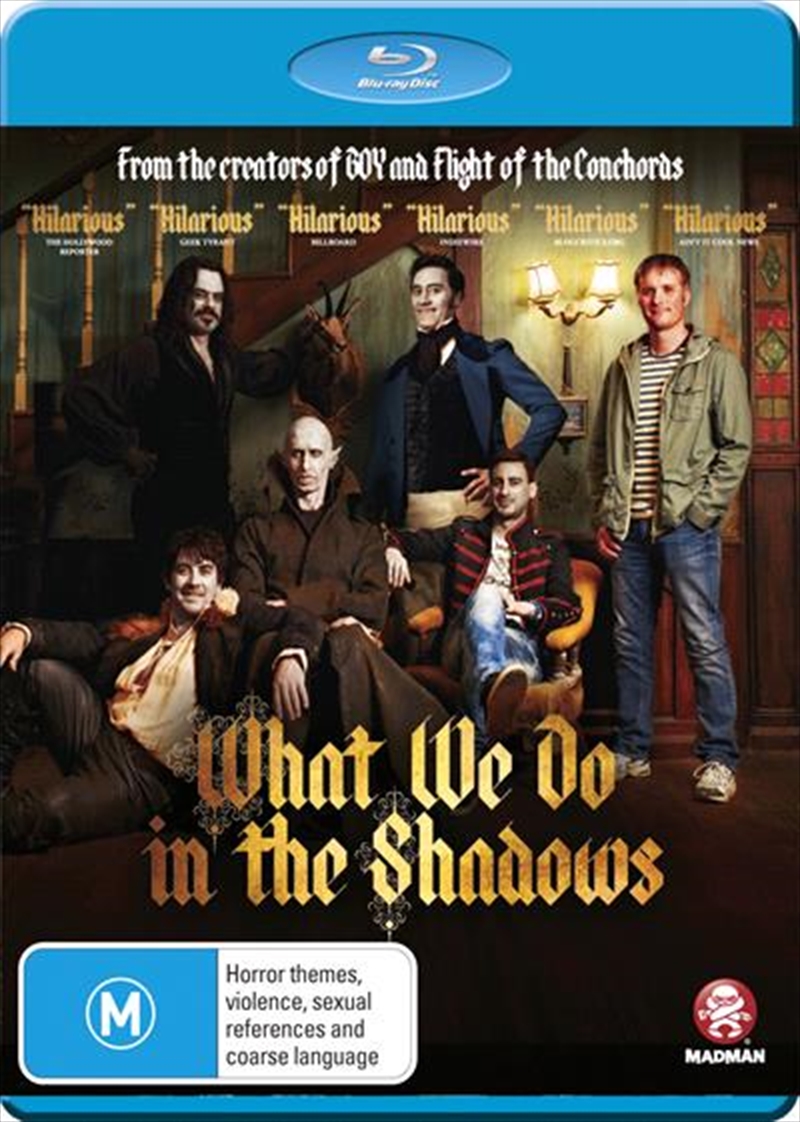 Flatmates Viago (Taika Waititi), Deacon (Jonny Brugh), and Vladislav (Jemaine Clement) are three vampires who are just trying to get by in modern society; from paying rent and sticking to the housework roster to trying to get invited in to nightclubs, they're just like anyone else - except they're immortal and must feast on human blood. When their 8000 year-old flatmate, Petyr, turns 20-something human hipster, Nick, into a vampire, the guys must teach him the ropes and guide him through his new found eternal life. And in return they are forced to learn a thing or two about modern society, fashions and technology. But its the introduction of Nicks human friend, Stu, that really changes the vampires lives and attitudes towards the ever-changing world around them. When Stu's life is threatened, the vamps show us that maybe humans are worth fighting for, and that even though your heart may be cold and dead, it doesn't mean you can't feel anything.