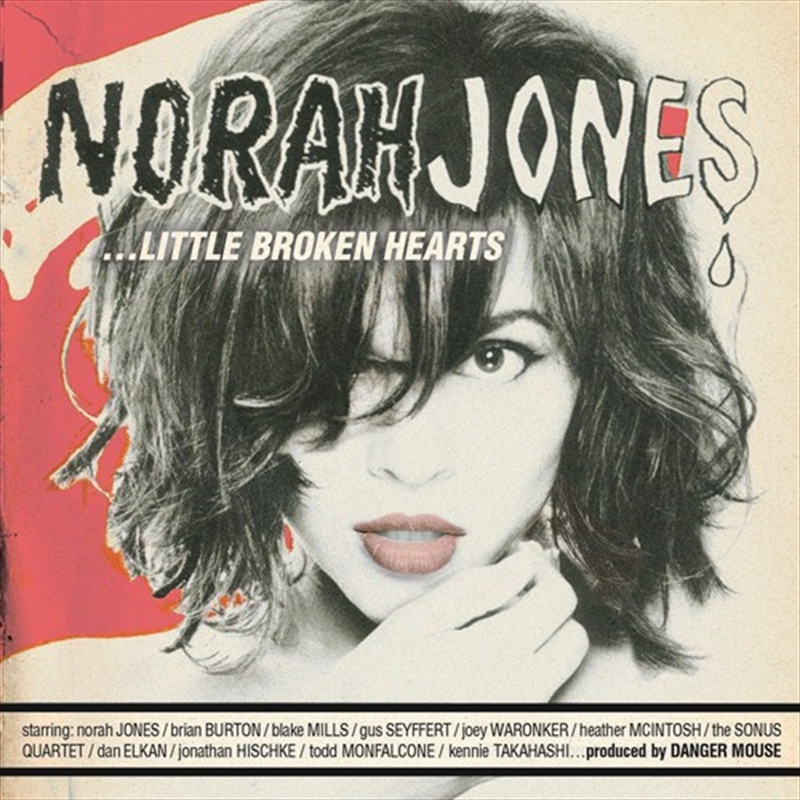 Shipping - See delivery options.
Postcode:
Quantity:
SEE MORE IN:
Vinyl Norah Jones
DESCRIPTION
Norah Jones' debut album, 2002's Come Away With Me, sold so many copies roughly 20 million worldwide, making it one of the best-selling records of the previous decade that she's seemed fairly liberated ever since, especially once expectations of future blockbusters settled to something more realistic. Without losing her knack for impeccably classy professionalism, Jones has kept pushing her sound beyond the warmly accessible pop-jazz that launched her career, whether in the roots-country band The Little Willies or in her guest-vocal spots on last year's Rome, the album Danger Mouse (a.k.a. Brian Burton) recorded with Italian composer Daniele Luppi and Jack White. Ten years after her debut, Jones is ideally positioned for the subtle sonic makeover she undergoes on Little Broken Hearts. Written and recorded with Burton, who as producer gives the album a sonic edge that never overwhelms its star, Little Broken Hearts sounds like Norah Jones without bearing much resemblance to the work that once got her pegged as the world's most commercially dominant jazz star. Trafficking in alternately sweet and icy singer-songwriter pop, it's a reinvention, but not a radical one. It helps that these songs delve into deep, dark matters of betrayal and loss and address them in myriad ways, from the wounded grace of "She's 22" to the vengeful hurt of "Miriam." Along the way, Jones coos and struts her way through a handful of crackerjack pop songs: "Say Goodbye," the smoothly sinister title track and the single "Happy Pills" all meet at the midpoint between Jones' past work and the fizzy pop Burton makes with Broken Bells. Always more versatile than most people think, Jones fits all of this smart material to perfection, marking her second decade as a star while making her sound cooler and more unflappably sophisticated than ever.
DETAILS

Out On the Road