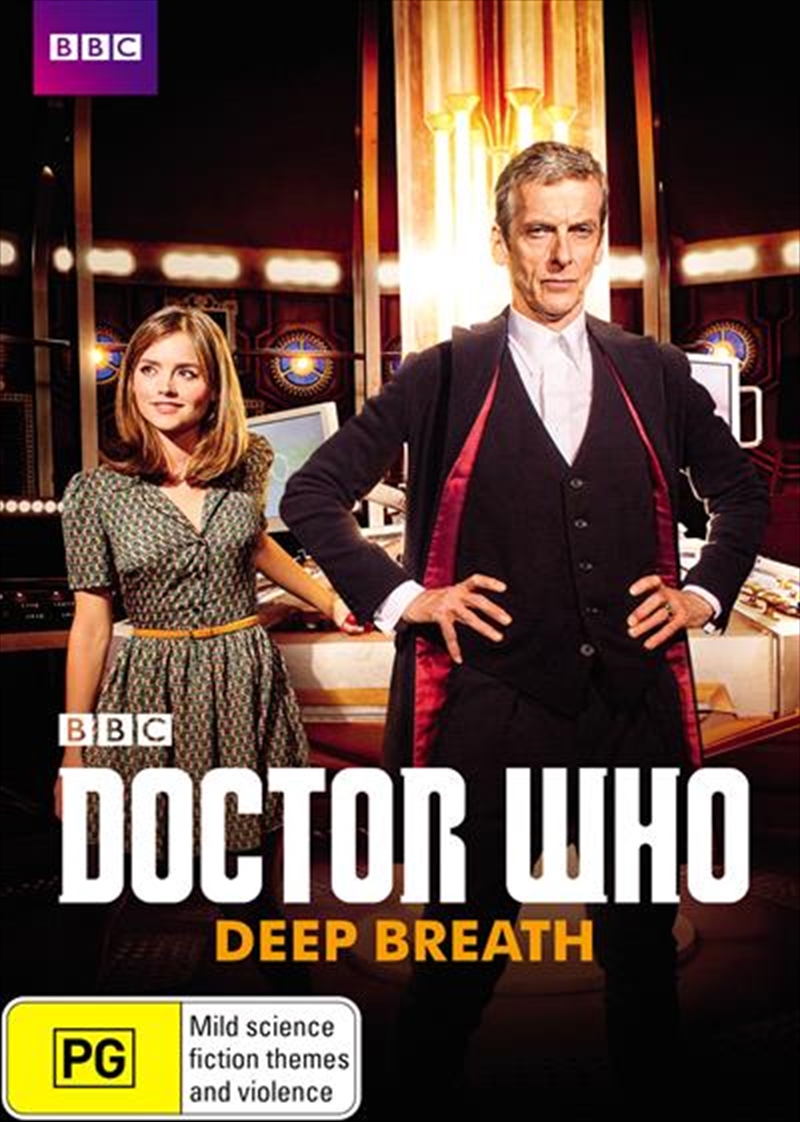 DESCRIPTION
&lt;H3&gt; Doctor Who Deep Breath DVD - On Sale Now With Fast Shipping&lt;H3&gt;
The Doctor makes a spectacular return to the big screen in the feature-length debut episode of Series 8; Deep Breath. Directed by acclaimed Director Ben Wheatley (Sightseers, A Field in England) and written by Lead Writer and Executive Producer Steven Moffat, the beginning of the Twelfth Doctor's era stars Peter Capaldi as the Doctor, Jenna Coleman as his companion Clara Oswald and sees the return of fan favourites The Paternoster Gang - Madame Vastra (Neve McIntosh), Jenny Flint (Catrin Stewart) and Strax (Dan Starkey) ? in a pulse-racing adventure through Victorian London. Containing the feature length first episode from the much anticipated Series 8 of Doctor Who, there is also another chance to watch Doctor Who Live: The Next Doctor, in which Peter Capaldi was revealed as the Twelfth Doctor.
DETAILS