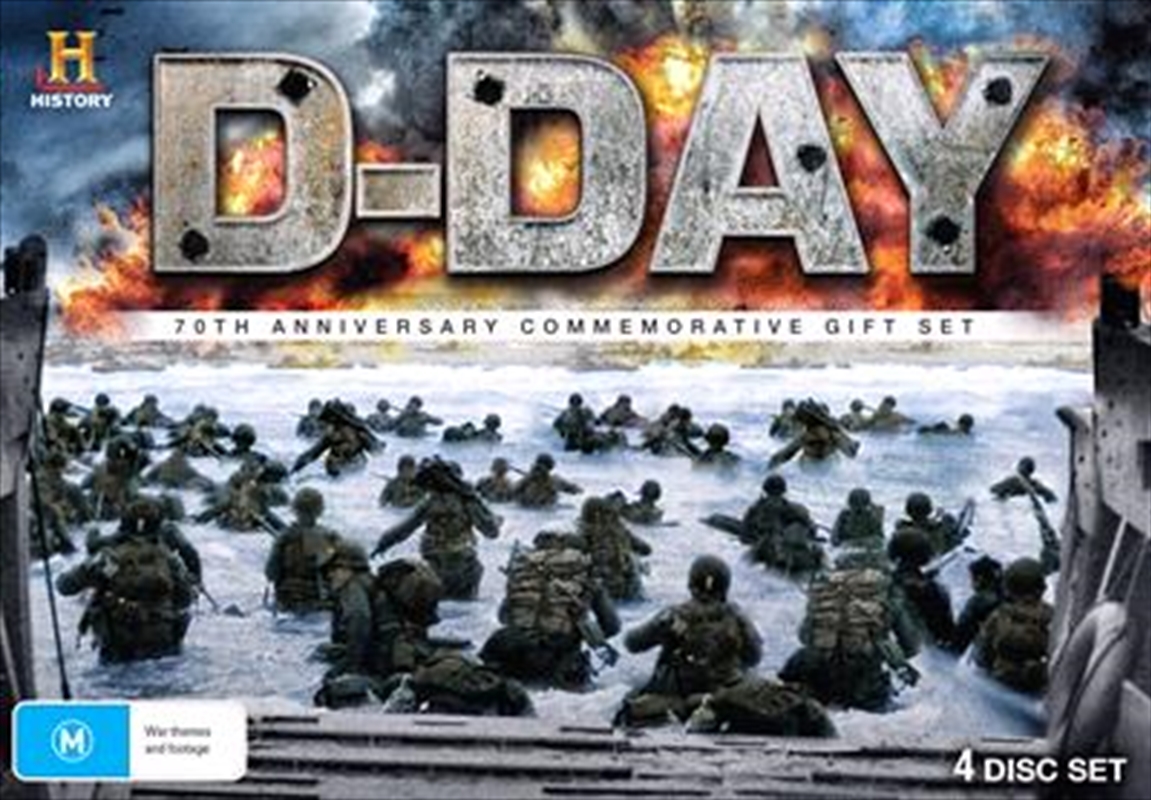 Check store availability
DESCRIPTION
Operation Bodyguard: D-Day Deception - Operation Overlord, the 1944 Allied invasion of Western Europe, culminated from five years of armed struggle against the Axis juggernaut. But the odds seemed stacked against a successful storming of Hitler's awesome beach defences. To insure victory, the Allies convinced Hitler that the invasion would take place at Pas de Calais. Examine the elaborate system of hoax and deception devised by the Allies to trick the Nazis -including fake armies, dummy landing craft, and false intelligence.
D-Day The Total Story: D-1 - The first of a three-part series on the Allied invasion of Normandy. This segment focuses on the Allies' preparation for the big battle and how tensions rose in the final hours before the assault on the beaches. Allied commanders knew success depended on extensive training, new weapons, and most of all, surprise.
D-Day The Total Story: H-Hour - The invasion of Europe was only a few minutes old when leaders realised it was not going according to plan. Could the cunning and courage of the individual soldiers, sailors, and airmen correct the mistakes of bad intelligence, human error, and poor weather?
D-Day The Total Story: Breakout - Their backs to the sea, Allied armies struggle to break free of the beaches. With German Panzers rushing up to reinforce defences, an all-out attack is the Allies' only chance to head inland -and survive.Slick 3Eye on History: D-DayGet a first-person story from some of the 175,000 men who fought into the jaws of death on that fatal longest day. Gut-wrenching action and gripping on-camera accounts from veterans and historians tell an epic saga as it has never been told before.D-Day, Omaha Beach: Eight Hours of DefeatThe Normandy invasion was an Allied victory, but at the Omaha sector a human tragedy developed on June 6, 1944. The shocking losses, failures, and chaos in the Omaha landings have been obscured. Mortar fire pounded men who were wading ashore from boats grounded on sand bars; machine guns ripped apart those who made the beach, and the water quickly took on a crimson colour. We trace the landings on this deadly section of Normandy, and see how Omaha Beach became Hell's Battlefield.Slick 4Suicide Missions of D-DayOn D-Day, small teams of specially trained soldiers and sailors were given secret and dangerous missions at the vanguard of the assault. The Airborne Pathfinders set up special radar beacons and lights to guide the main Paratrooper Units to drop zones. The outnumbered British 9th Parachute Battalion attacked a gun battery at Merville, a fortress said to be impenetrable. And Navy combat Demolition Units came ashore in the first assault wave to clear obstacles so invasion ships could land.
A Distant Shore: African Americans on D-Day - Through the use of recently unearthed reconnaissance photos that were taken during the actual battle as well as in the days and weeks prior, and interviews with the men on the ground; this documentary contributes a fresh look at the war from men who encountered the terror of battle on the Omaha and Utah Beaches.
DETAILS