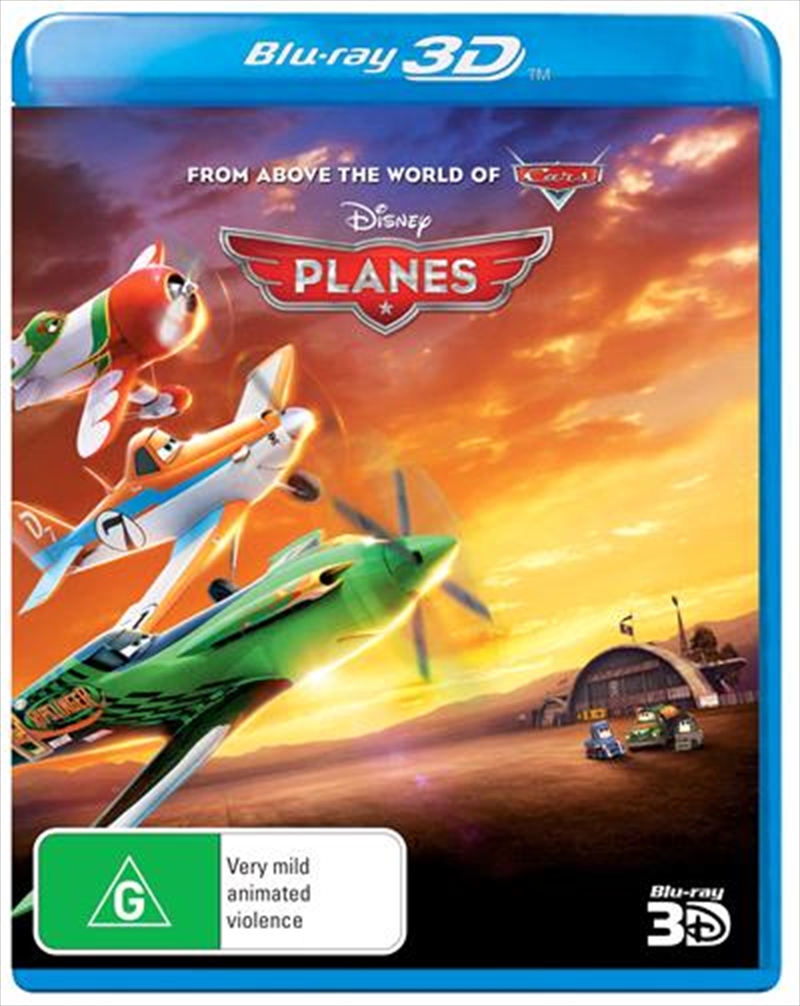 Want to click and collect? Check store availability
DESCRIPTION
From above the world of Cars

Take flight in this action-packed comedy and soar with an international cast of the worlds fastest air racers! Dusty the crop duster, a small town dreamer, longs to enter the epic and grueling Wings Around The Globe air race. Unfortunately, Dusty has one not-so-small problem... a crippling fear of heights. His mentor, a war bird, named Skipper, believes Dusty has too much engine to be a farm boy and encourages him to get in the game. Supported by friends old and new, Dusty finally flies out of his comfort zone to take on the biggest challenge of his life
TRAILER
DETAILS