Andrew Marr's History Of The World 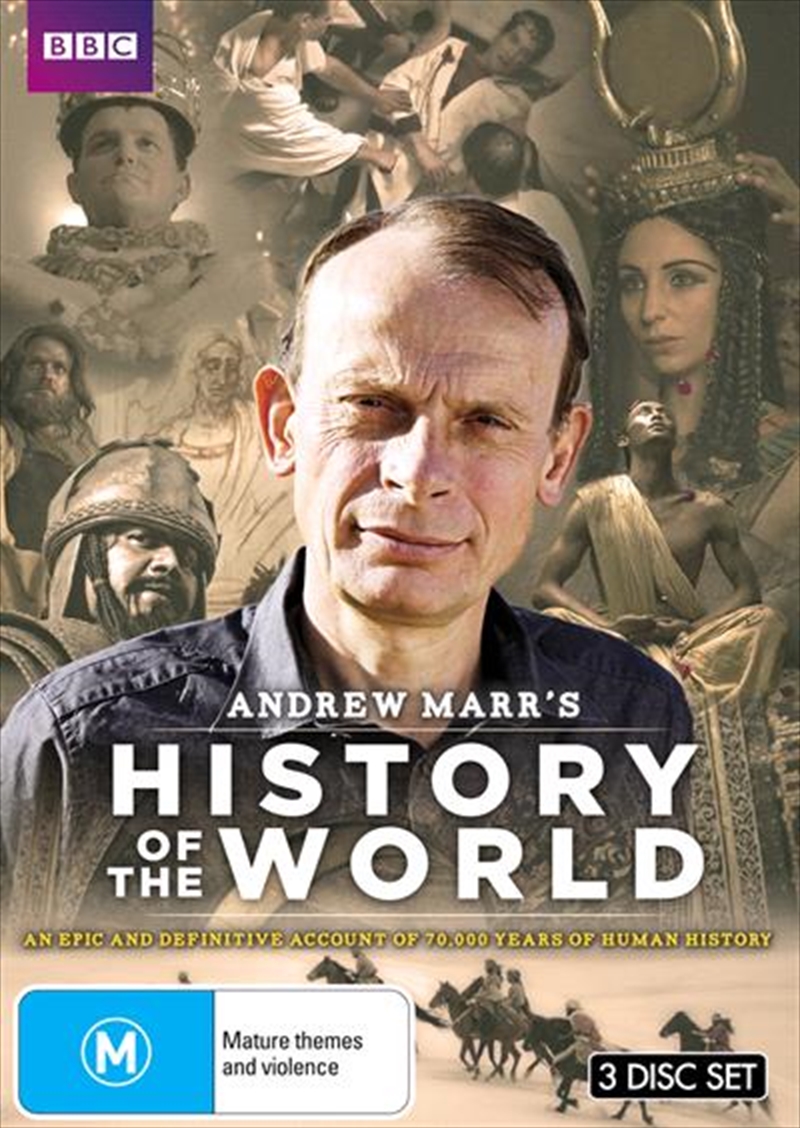 Andrew Marr's History Of The World

DESCRIPTION
An epic and definitive account of 70,000 years of human history

Bringing 70,000 years of human history to life, acclaimed British journalist Andrew Marr travels through time to the big stories of history. It is the story of civilisations, cultures, successes and crashing failures, a story that charts progress and development through the centuries, exploring crucial turning points in history. From the early settlers in Mesopotamia to the wonders of Babylon and Egypt, and from the French Revolution to the Industrial Revolution, viewers are within history; shoulder to shoulder with the people who have shaped the world as we know it today. Combining dramatic reconstruction with visually stunning graphics recreating lost worlds, History of the World reveals how military campaigns, love stories, assassinations, medical breakthroughs and cataclysmic natural events have had decisive and game-changing effects on the world's shared history. Featuring magnificent international locations, such as the Valley of the Kings, the Terracotta Army, the Nazca lines in Peru and the Palace of Knossos, each revelatory episode presents vivid accounts of crucial moments in history, told on location where these events took place and organised around a dominant theme: Survival; Conquest; Divinity; Communication; Trade; Industry; Ideas and Globalisation.
DETAILS