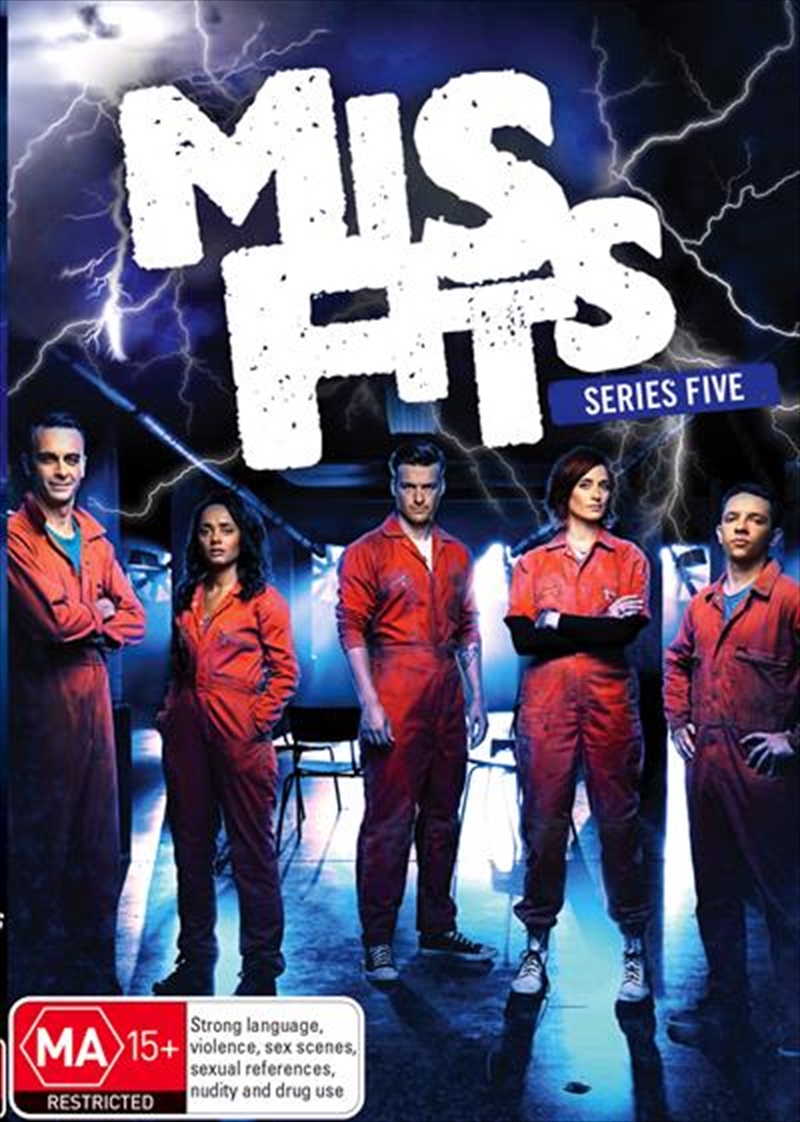 DESCRIPTION
Being a super hero has never been such a pain

The genre-busting superhero drama returns for one final outing. As the first anniversary of the storm approaches, the gang discovers a secret Superpower Support Group on the estate. There they meet a mysterious old lady who has the power to knit the future, a future that pits our gang against a posse of evil superheroes with A-list superpowers. Rudy uncovers a dark secret about his dad, Abby finds out who she really is, and Finn discovers his confident sexy side - as an agent of Satan. Handsome barman Alex acquires a new power - an unusual way of helping people and one that finally puts his philandering ways to good use. Strap on your ankle tags, zip up your orange jumpsuit one last time, and enjoy the final series of Misfits.
DETAILS