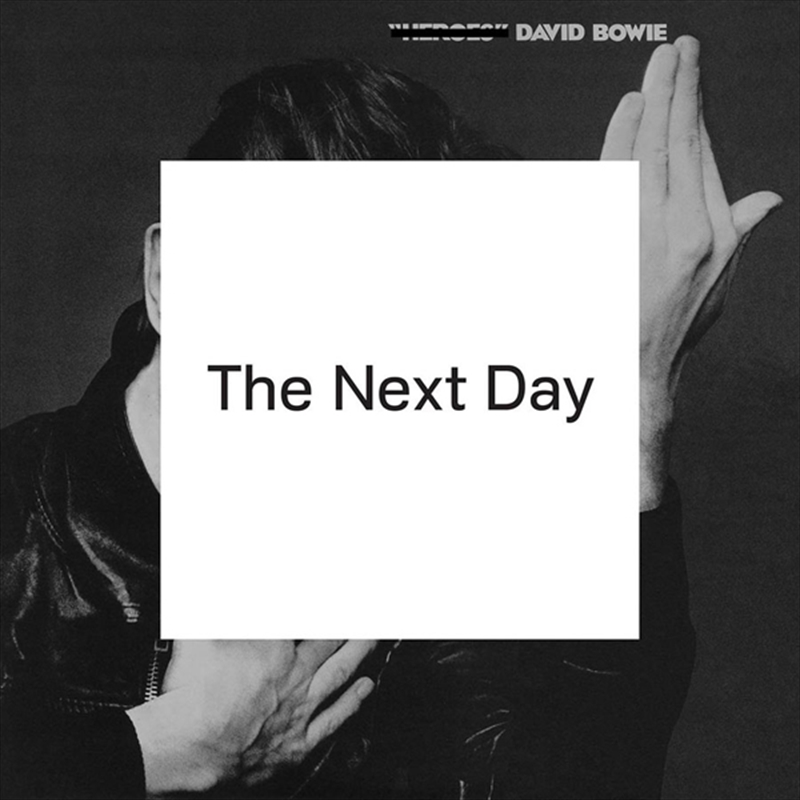 Driven by an entirely deeper dynamic than most pop artists, David Bowie inhabits a very special world of extraordinary sounds and endless vision. Unwilling to stay on the treadmill of rock legend and avoiding the descent into ever demeaning and decreasing circles of cliché, Bowie writes and performs what he wants, when he wants.

Bowie, Visconti and a small selection of musicians recorded the album in New York over a two year period in complete secret.

“The Next Day” debuted at #2 on the ARIA Album Charts when it was released in March. This is David Bowie’s highest charting album in Australia since 1983’s ‘Let’s Dance’ and his 3rd best Album chart position ever.

“The Next Day Extra” features the original 14 track album and a second CD containing the 3 deluxe tracks, 4 new studio tracks, a Japanese bonus track and 2 new remixes including ‘Love Is Lost’ (Hello Steve Reich Mix by James Murphy for the DFA). The re-pack will also contain an extra DVD containing the 4 video clips released to date from the album.

The Stars (Are Out Tonight)

Where Are We Now?

If You Can See Me

I'd Rather Be High

Dancing Out In Space

How Does The Grass Grow?

(You Will) Set The World On Fire

You Feel So Lonely You Could Die

I'd Rather Be High (Venetian Mix)

Born In A UFO

I'll Take You There

Where Are We Now? [Video]

The Stars (Are Out Tonight) [Video]

The Next Day [Video]