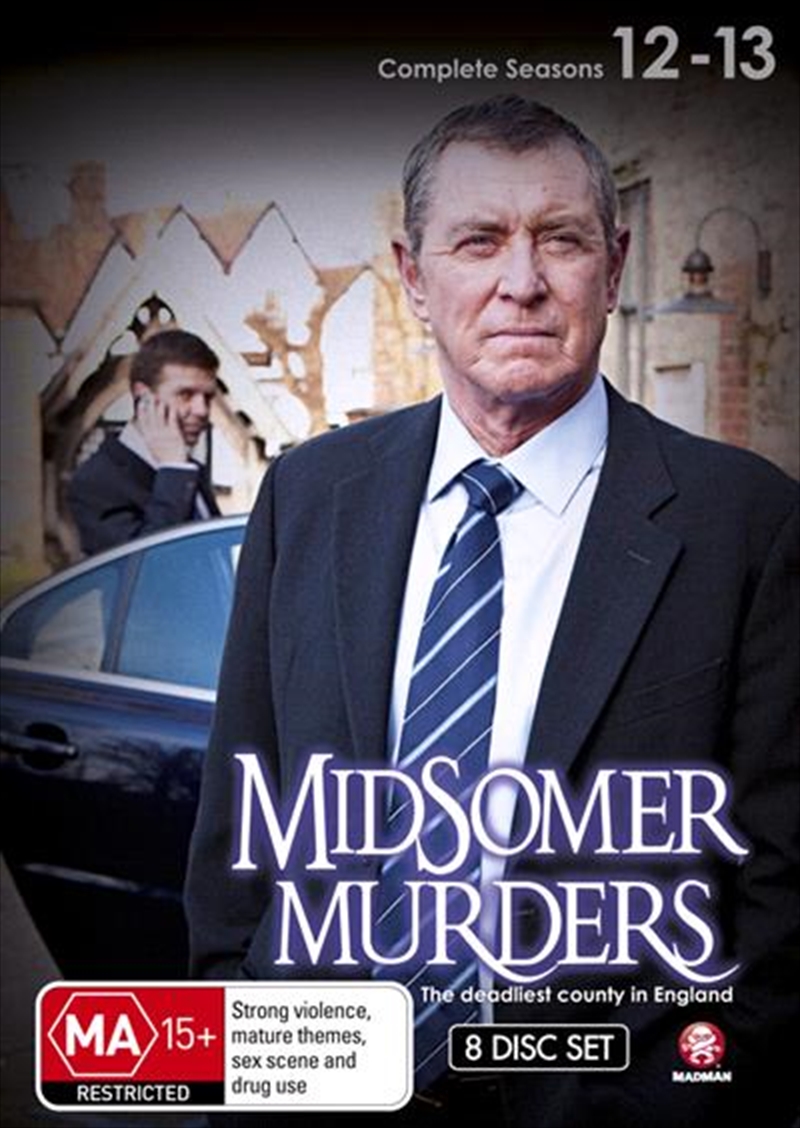 Nothing is quite as it seems behind the closed doors of Midsomer Countys chocolate-box cottages and picture perfect English countryside.

The rural neighbourhoods are a hotbed of jealousy, intrigue, betrayal and murder as D.C.I. Tom Barnaby and his assistant D.S. Ben Jones investigate deadly deeds and gruesome goings-on.

This 8 disc set includes the Complete 12th and 13th seasons featuring Tom Barnaby's final cases before handing the county of Midsomer over to his cousin, John (Neil Dudgeon). Includes all 15 cases from Series 12 - 13.