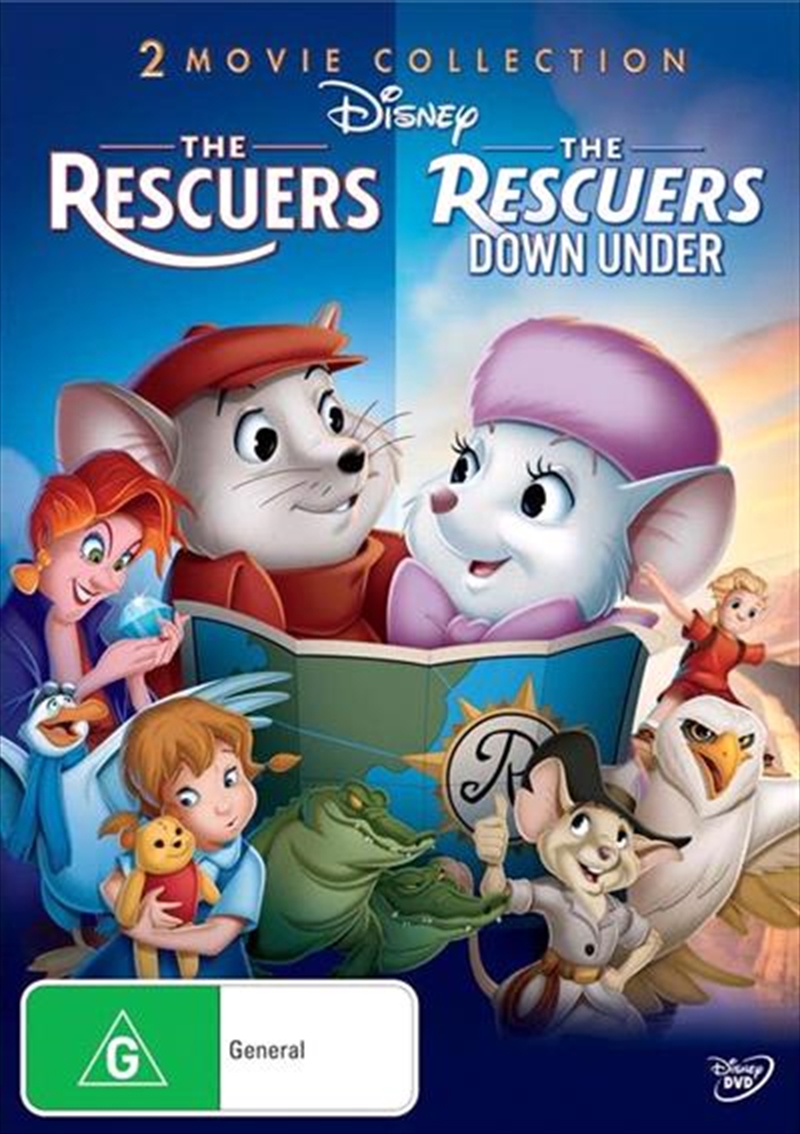 Rescuers, The (1977) With high-flying adventure and heartfelt emotion, Disney's 23rd animated classic The Rescuers follows the courageous exploits of two brave mice to the marshy swamps of Devil's Bayou to rescue a missing orphan named Penny!
The excitement begins when Penny's bottled note for help lands in the hands of the shy but sly mouse Bernard and his glamorous partner Miss Bianca. Honouring their pledge to The Rescue Aid Society, these two courageous heroes rush to save Penny from the evil clutches of the villainous Madame Medusa...who needs her to recover a priceless jewel. But first, Bernard and Bianca must escape the razor-sharp teeth of Medusa's two pet crocodiles and use the navigating talents of a local dragonfly to find her riverboat hideout!
Overflowing with action, suspense and an unforgettable cast of lovable swamp critters, The Rescuers is a timeless tale of heroism and friendship true to the spirit of a great Disney classic!Rescuers Down Under, The (1990) Hold on tight for thrilling, fast-paced adventure in the heart of Australia in Disney's animated classic The Rescuers Down Under Deep within Australia's vast and unpredictable Outback, a young boy named Cody forges an incredible friendship with a great golden eagle. But when a ruthless poacher sets out to capture the eagle, Cody steps in to protect him. Knowing he can't do it alone, a call for help goes out that's answered by the world's bravest mice, Bernard and Bianca. Flying in on the wings of their hilarious albatross friend Wilbur, these top mouse agents are ready to tackle their biggest, most dangerous mission yet! Say "G'Day" to a classic Disney adventure full of unforgettable characters, heartwarming friendship and incredible animation - a down-under delight your family will love!
DETAILS

Title: Rescuers/The Rescuers Down Under