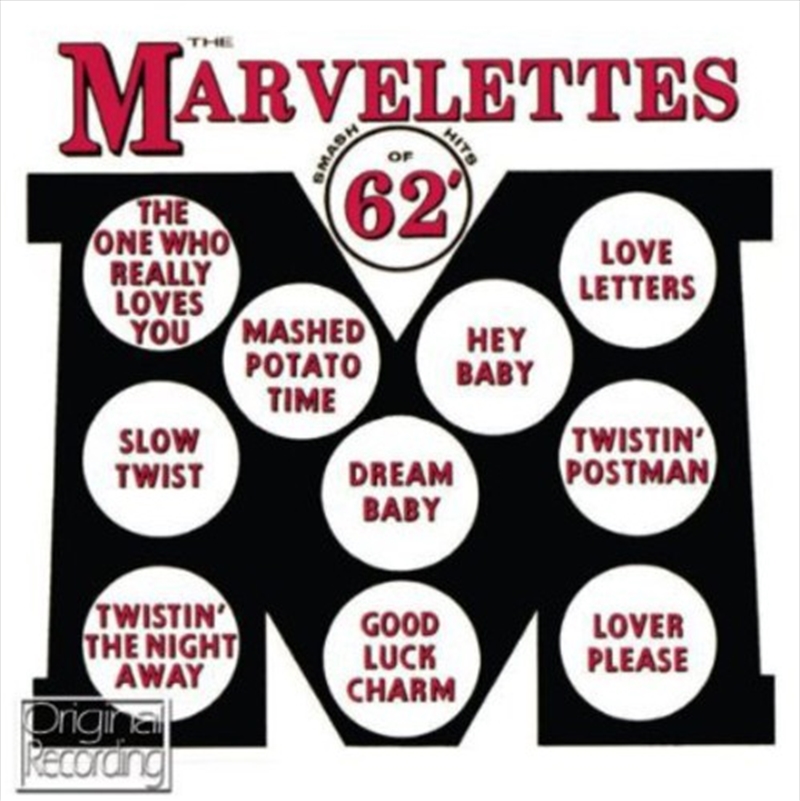 SEE MORE IN:
Under $15 Music
DESCRIPTION
Motown was never afraid to try and cash in on a craze, irrespective of the source, and even more so during their early, formative years. As The Marvelettes' Please Mr. Postman single was winding its way up the chart, Berry Gordy sent the group into the studio to record an album, released shortly after as Please Mr. Postman, but the lack of a strong second single meant the album was largely ignored. Just as the single was reaching its peak (it would go on to top the chart), Berry's other great hope, an album by The Twistin' Kings, designed to capitalize on the suddenly popular twist dance craze, also stiffed, meaning Motown stood likely to miss out on the chance for some easy money. The Marvelettes were sent back into the studio and in less than a month came up with Smash Hits Of 62, with only Twistin' Postman a total original, but since it married the two ideas together, it was likely to cause something of a stir. The single did indeed become a success, hitting the Top 40 pop and Top 20 R&B, but the rest of the album features cover versions of hits by Bruce Channel, Roy Orbison, Sam Cooke and Elvis Presley, among others. Hallmark.
DETAILS