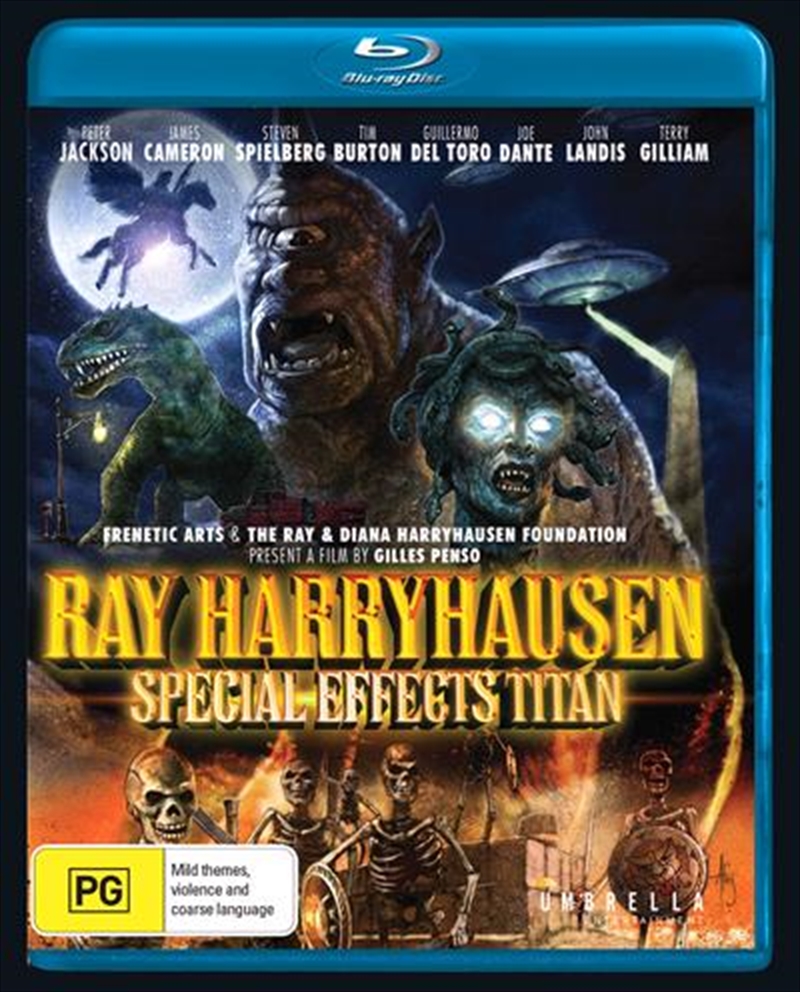 DESCRIPTION
One of cinema's most admired and influential special-effects gurus, legendary movie magician Ray Harryhausen has enthralled film goers with his wild and creative visions, with over 60 years of groundbreaking screen wizardry under his belt. Leaving no doubt as to his seminal influence on modern-day special effects, RAY HARRYHAUSEN: SPECIAL EFFECTS TITAN digs deep in the vault and features enlightening interviews with the man himself as well as creative greats Peter Jackson (The Lord of The Rings Trilogy), Nick Park (Wallace & Gromit), Phil Tippett (stop-motion animator of Robocop & The Empire Strikes Back), Terry Gilliam(Time Bandits), Dennis Muren (Oscar winning effects supervisor for Jurassic Park), John Landis (An American Werewolf In London), Guillermo Del Torro (Hellboy), James Cameron (Avatar), Steven Spielberg (E.T-the Extra Terrestrial) and many more.Paying tribute to a pioneer of Stop Motion animation (alongside legendary Willis 'King Kong'O'Brien), Harryhausen's extraordinary films such as The Beast from 20,000 Fathoms, It Came from Beneath The Sea, The 7th Voyage Of Sinbad, Mysterious Island, Jason and the Argonauts, The Golden Voyage Of Sinbad and of course the original Clash Of The Titans are testament to his great ingenuity behind the camera - creating all manner of monsters, mayhem and inspiring generations of filmmakers to dream big.
DETAILS