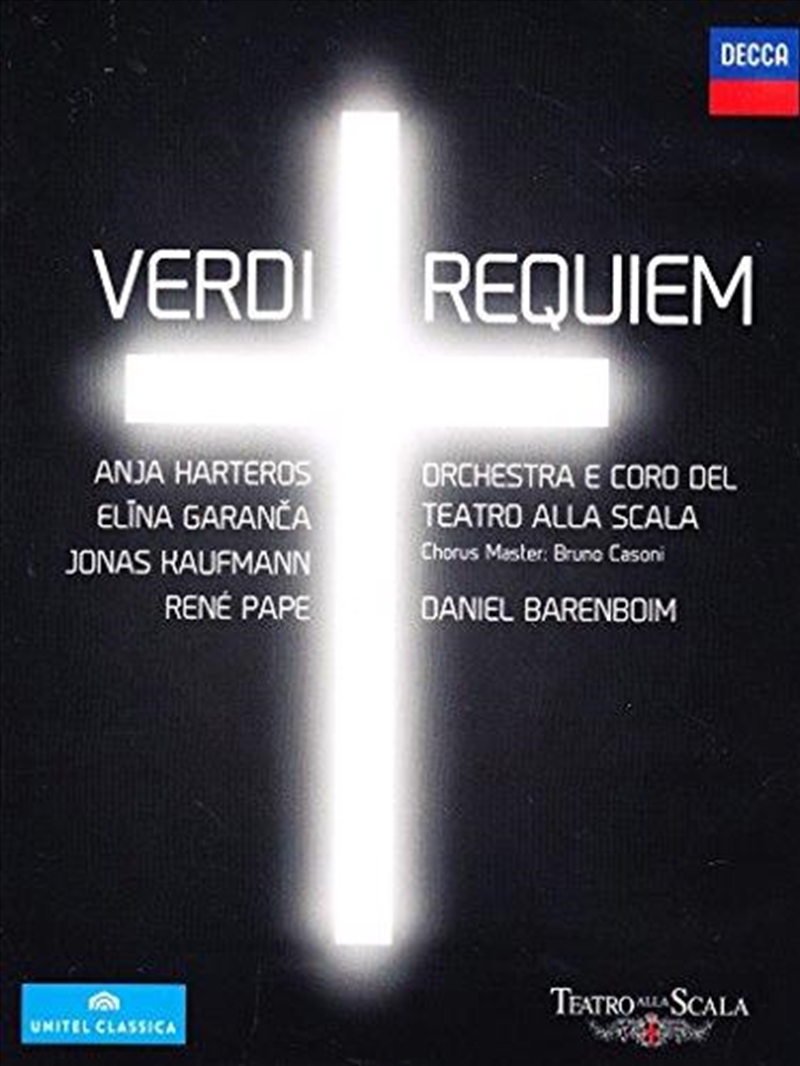 Shipping - See delivery options.
Postcode:
Quantity:
SEE MORE IN:
Jonas Kaufmann
A Verdi Requiem with a dream line-up of soloists and the forces of La Scala, Milan, directed by one of the greatest maestros of our time.

Preceding acclaimed performances at the Lucerne and Salzburg Festivals, Barenboim and his magnificent partners recorded this masterpiece around a live performance at La Scala, Milan, in 2012.

This marks the first audio recording by Barenboim in his role as La Scala's Music Director.