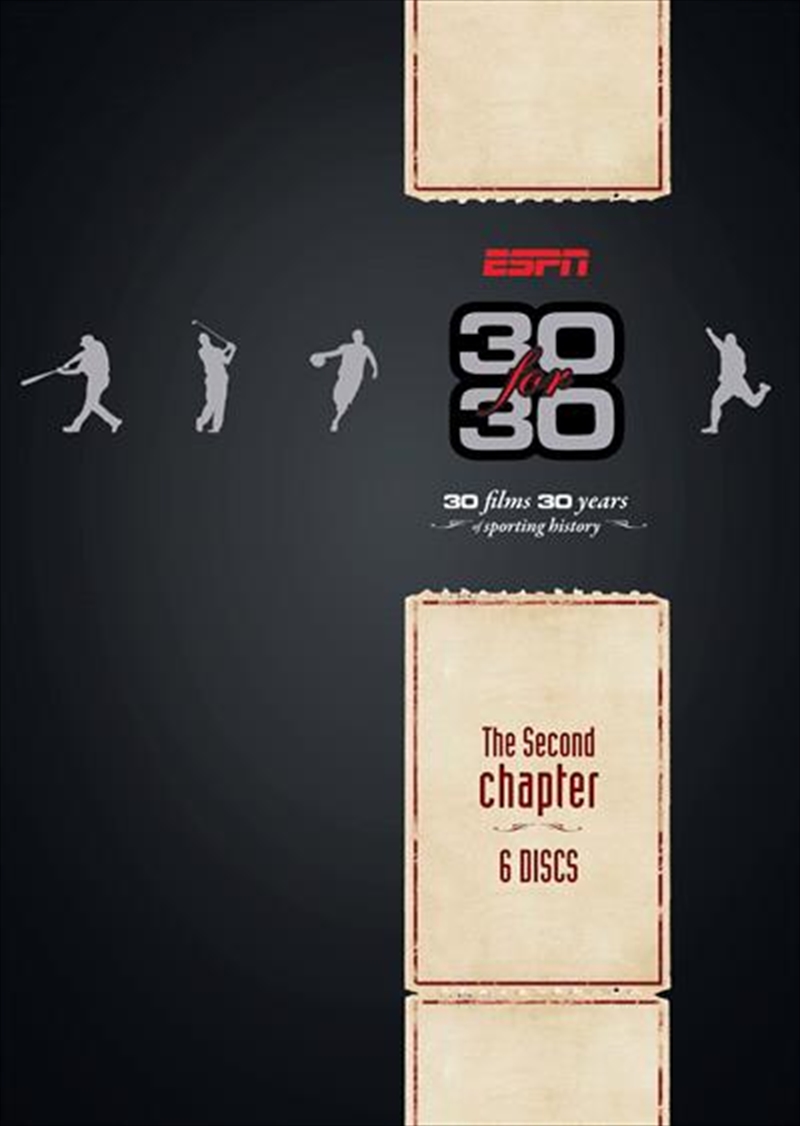 DESCRIPTION
Contains:
1. Catching Hell - In the eighth inning of Game 6 of the 2003 National League Championship Series at Wrigley Field, Cubs fans had every reason to believe they would finally host a World Series for the first time since 1945. With their ace pitcher going strong, the Cubs led the Marlins 3-0, only five outs short of a pennant. And then the sky fell. Or a foul ball fell from the sky, tearing the cosmic fabric, when a home team fan, Steve Bartman, reaching for a foul pop fly, tipped the ball away from the outstretched glove of leaping Cubs left fielder Moises Alou, who seemed certain to make a spectacular catch.
2. Charismatic - In June of 1999 an unlikely chestnut colt named Charismatic, with jockey Chris Antley aboard, headed down the stretch at the Belmont Stakes, just seconds away from becoming the first Triple Crown winner in nearly 21 years. Together, along with the expertise of legendary trainer D. Wayne Lukas, they became the biggest long shots in 59 years to win the Kentucky Derby, and then followed up with another underdog win at the Preakness. They may have been denied their Hollywood ending, but their story of redemption lives on.
3. The Dotted Line - With The Dotted Line, acclaimed director Morgan Spurlock pulls back the curtain on the ultra-secretive sports agent industry to expose what these guys really do in the trenches. We follow top agents in the NFL, the NBA, and MLB to explore the turbulent and emotional ups and downs of recruiting, marketing and negotiating record-breaking contracts for their top-tier clients. The film also explores recent NCAA agent scandals and the complex issues that can arise when college athletes turn pro.
4. Renee - Renee tells the story of Renee Richards' battle to enter the 1977 U.S. Open as the first transgender tennis player. Simultaneously, it follows her today as she struggles to cope with a life of contradictions and personal conflict. Through interviews with tennis legends, family, friends and experts from the transgender field, a story of perseverance, breakthrough and hardship unfolds.
5. The Real Rocky - The credits roll. The house lights go up. The audience bursts into applause. Finally, 35 years after he inspired a billion-dollar cinematic franchise, Chuck Wepner is a movie star. For one night, anyway... Before Bayonne, N.J.'s Chuck Wepner cemented his enduring legacy with the one-two combination of a 15-round fight against Muhammad Ali and a six-movie series triggered by that bout, his reputation was defined by three words: The Bayonne Bleeder.
6. Unguarded - Award-winning filmmaker Jonathan Hock has mastered the art of telling stories about the struggles and triumphs of American hometown heroes. Chris Herren of Fall River, Mass., was a high school basketball standout who battled the pressures of making it big from an early age. After dropping out of Boston College, Chris landed on Jerry Tarkanian's notorious Fresno State team, where players were likely to be found on both police blotters and All-American lists
7. The Marinovich Project - The Marinovich Project tells the unvarnished story of Todd's unique ascent to stardom, the dark descent that followed and the complicated father-son bond throughout, ultimately answering the question What went wrong with Todd Marinovich?
8. The Announcement - On Thursday, Nov. 7, 1991, Earvin Magic Johnson made people stop and watch at the Forum in Inglewood, Calif. But this time it wasn't his basketball brilliance as a perennial NBA All-Star and three-time MVP that was captivating audiences worldwide. Instead, the 32-year-old ground-breaking point guard was holding a press conference to make the stunning announcement that he was HIV-positive and would be retiring from basketball immediately.
DETAILS