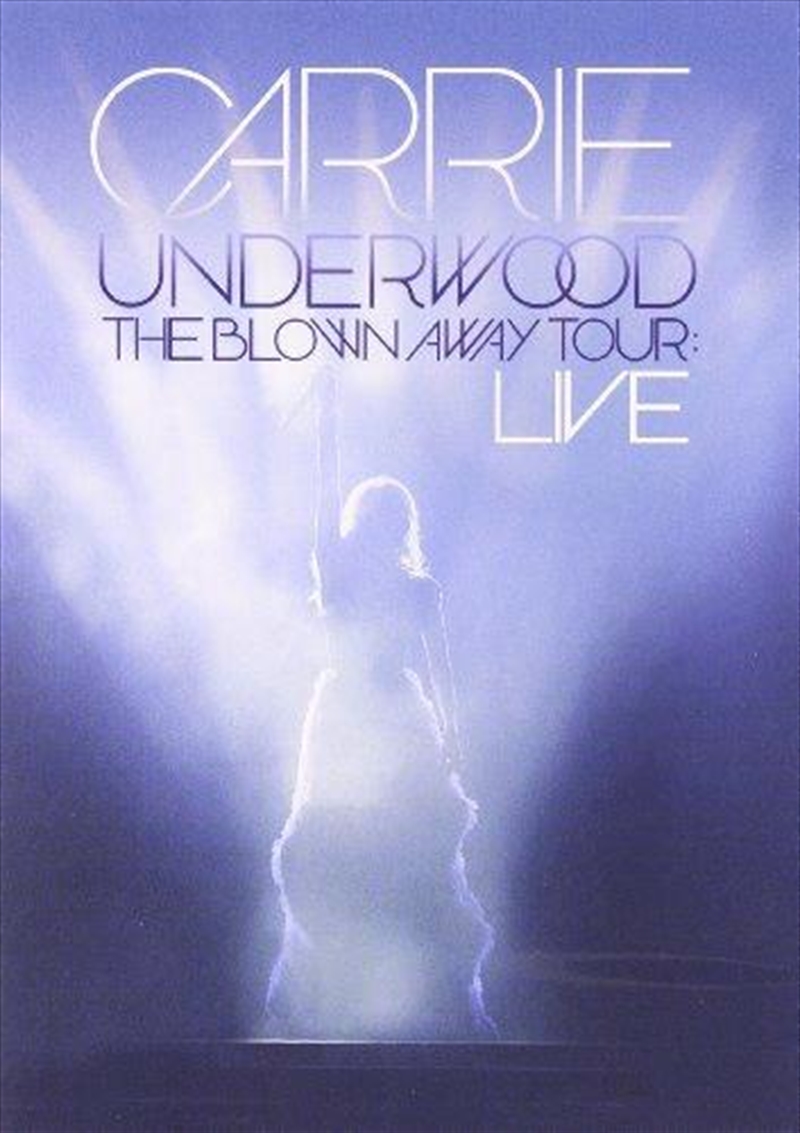 DESCRIPTION
Filmed in concert in March 2013, The Blown Away Tour: LIVE features nearly 100 minutes of performance footage, including a dozen of Carrie’s #1 singles, with such favorites as “Before He Cheats,” “Jesus, Take the Wheel,” “Two Black Cadillacs,” and the album title track that inspired her tour name, “Blown Away.”  The live concert was directed by Christian Lamb and produced by Domenic Potter.

Alongside the performance footage are exclusive bonus clips, produced and directed by Todd Cassetty, providing a behind-the-scenes look at the making of the tour, including interviews with Carrie and Raj Kapoor, tour director responsible for the large production and effects that defined the remarkable visual elements of The Blown Away Tour. Additional content includes a photo gallery, as well as all four of the music videos from Carrie’s Platinum-certified Blown Away album: Good Girl, Blown Away, Two Black Cadillacs, and See You Again.

Carrie’s remarkable Blown Away Tour launched in the Spring of 2012 and continued through May 23, 2013, for a total of 112 dates in 110 cities, six countries, and three continents, playing for more than 1,000,000 fans and selling out every concert this year.

I Told You So

Jesus, Take the Wheel / How Great Thou Art

Get Out of This Town

Nobody Ever Told You

Flat on the Floor

Cupid’s Got a Shotgun

I Know You Won’t