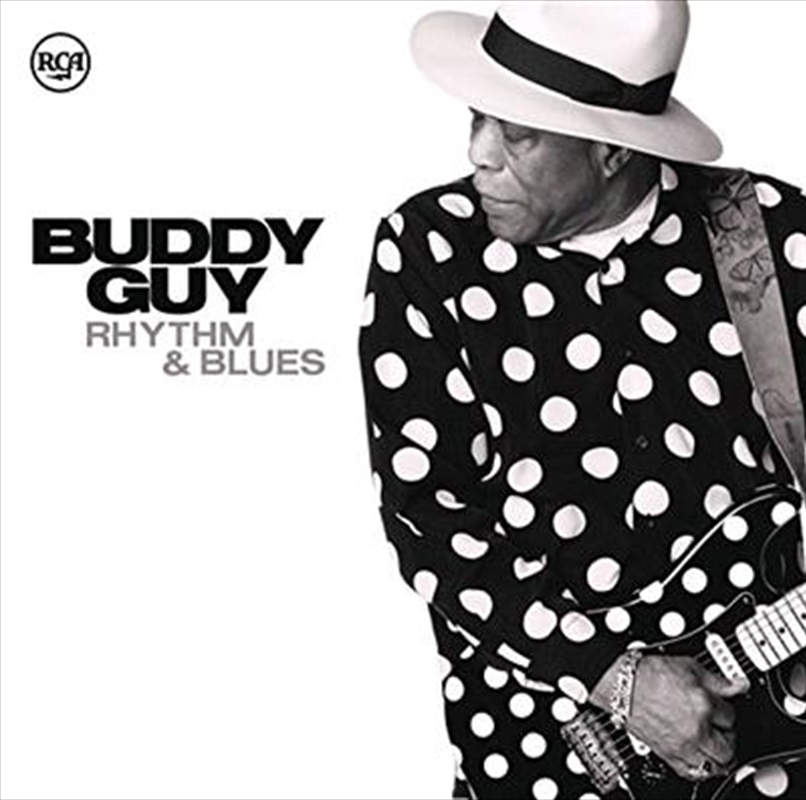 Produced by Grammy Award winning producer/songwriter and longtime collaborator Tom Hambridge (Skin Deep, Living Proof), Rhythm & Blues captures the 76 year-young Guy at the peak of his creativity. Replete with heartfelt vocals, straightforward lyrics and mesmerizing guitar licks, Rhythm & Blues not only exemplifies how blues continues to be the foundation of all genres of today's music, it also illustrates why Guy has been influential in the careers of Eric Clapton, Jimi Hendrix, Jeff Beck, Stevie Ray Vaughan and more.

The “Rhythm” disc includes rhythm and blues-style blues with deep grooves, such as the Junior Wells' 1960 hit "Messin' With The Kid" featuring Kid Rock, the touching "One Day Away" with Keith Urban, and "What You're Gonna Do About Me," a rousing duet with Beth Hart. Guy rounds out the disc with "Best In Town," "Whiskey Ghost," Guitar Slim's "Well I Done Got Over It" and more.

The “Blues” disc taps into the genre's rich history with "Meet Me In Chicago," "I Could Die Happy," "Never Gonna Change" and "All That Makes Me Happy Is The Blues." Aerosmith's Tyler, Perry and Whitford contribute to the musical lesson with "Evil Twin" while Gary Clark, Jr. joins Guy on "Blues Don t Care."

I Go By Feel

What's Up With That Woman

Well I Done Got Over It

What You Gonna Do About Me - Buddy Guy Feat. Beth Hart

Meet Me In Chicago

I Could Die Happy

All That Makes Me Happy Is The Blues

My Mama Loved Me

I Came Up Hard