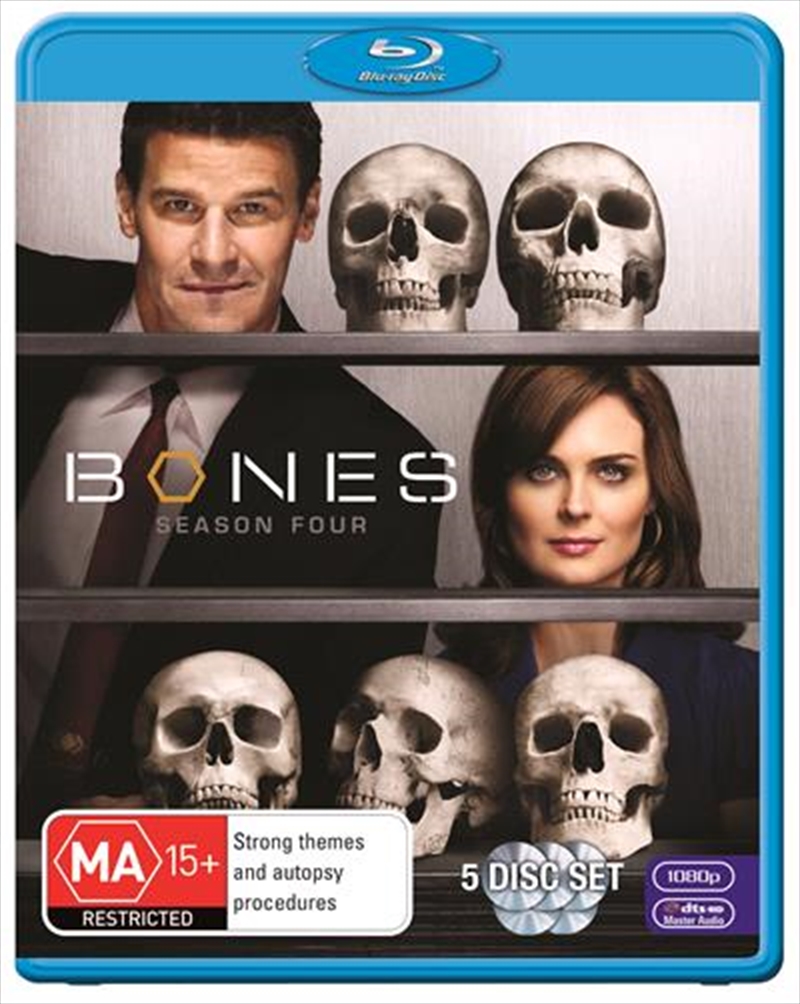 Inspired by real-life forensic anthropologist and best-selling novelist Kathy Reichs, Bones Season 4 finds anthropologist "Bones" Brennan (Emily Deschanel) and FBI Agent Booth (David Boreanz) in London where they are asked by local officials to lend their expertise to a high-profile murder investigation. Brennan and Booth will also deal with changes among the "squints" as well as in their own relationship, and a revolving group of graduate students who pitch in to help solve murders with the hope of being offered a more permanent position on the team.
TRAILER
DETAILS