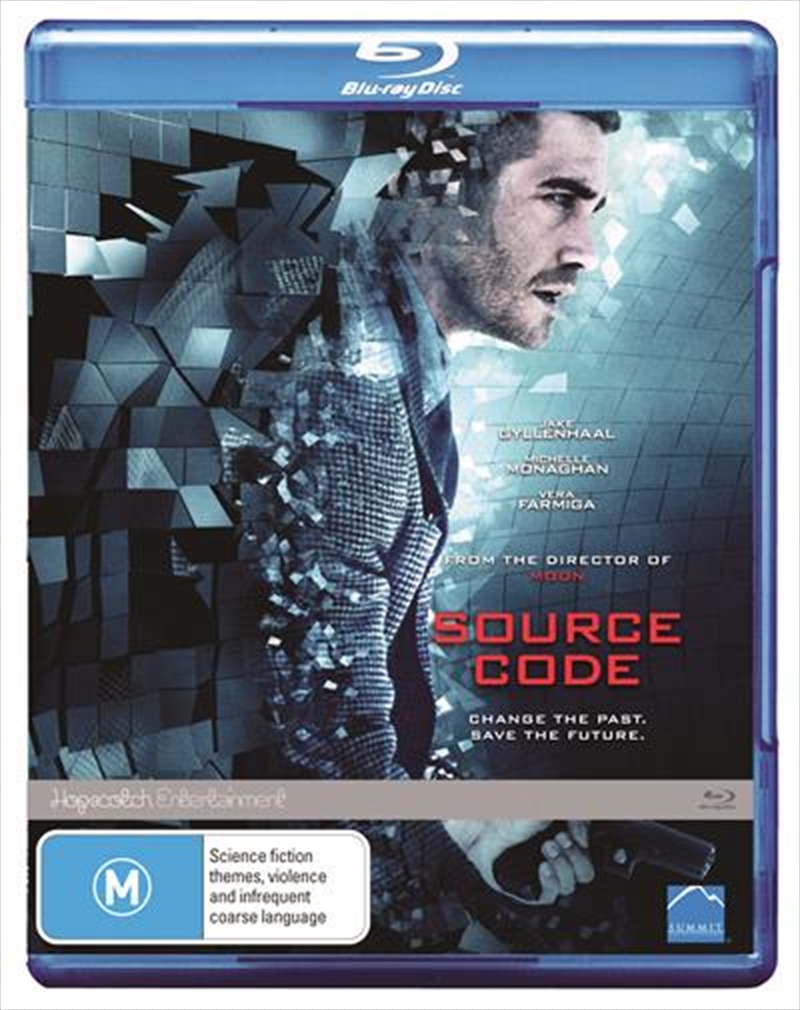 DESCRIPTION
Change the past. Save the future.

SOURCE CODE is a Sci-fi action thriller directed by Duncan Jones and a follow up to his critically acclaimed debut Sci-fi feature - MOON. Captain Colter Stevens (Jake Gyllenhaal) awakens on a speeding commuter train with no idea how he got there. Seated across from him is Christina (Michelle Monaghan), a woman he doesn't know, but who clearly believes she knows him. Seeking refuge in the bathroom, he's shocked to see another man's reflection in the mirror and ID cards in his wallet belonging to school teacher Sean Fentress. Suddenly a massive explosion rips through the train.
TRAILER
DETAILS