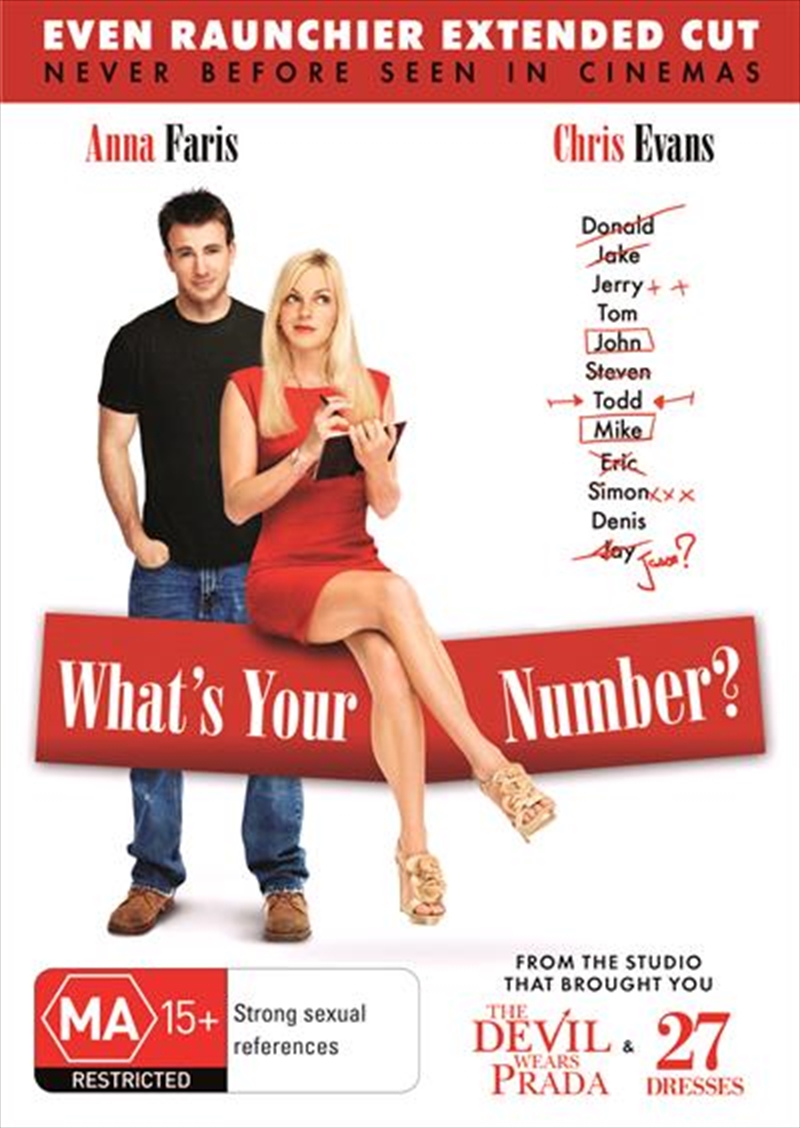 Few actresses can play frothy and ditzy as well as Anna Faris, star of the fizzy What's Your Number?. Faris's easy ability to fly along on the wispiest of plot threads, staying likable all the way, is harder than it looks, and Faris's talent makes What's Your Number? a fun, saucy date-night trifle. Faris plays Ally Darling, a woman who's had 20 boyfriends, and makes the mistake of reading a women's magazine article that says that a woman who has had more than 20 lovers has a harder time ultimately marrying. Ally then wonders if one of her "magic 20" might have been The One, and sets about to track them all down. What's Your Number? has a talented cast surrounding Faris, including Blythe Danner as her wedding-obsessed mum, Joel McHale as a former boss (and possible new "number"), and the gorgeous Chris Evans as Colin, Ally's neighbour. Ally and Colin strike up a friendship while she tries to track down her exes, and of course the viewer can see they are perfect for each other long before the script allows them to. Faris and Evans are winning and cunning, and manage to rise above the script that emulates the raunch of Bridesmaids but mostly sidesteps that film's giant heart. But it's not for lack of Faris's trying--she's irresistible, hilarious, and touchingly vulnerable. Her performance in What's Your Number? is a perfect 10.
TRAILER
DETAILS