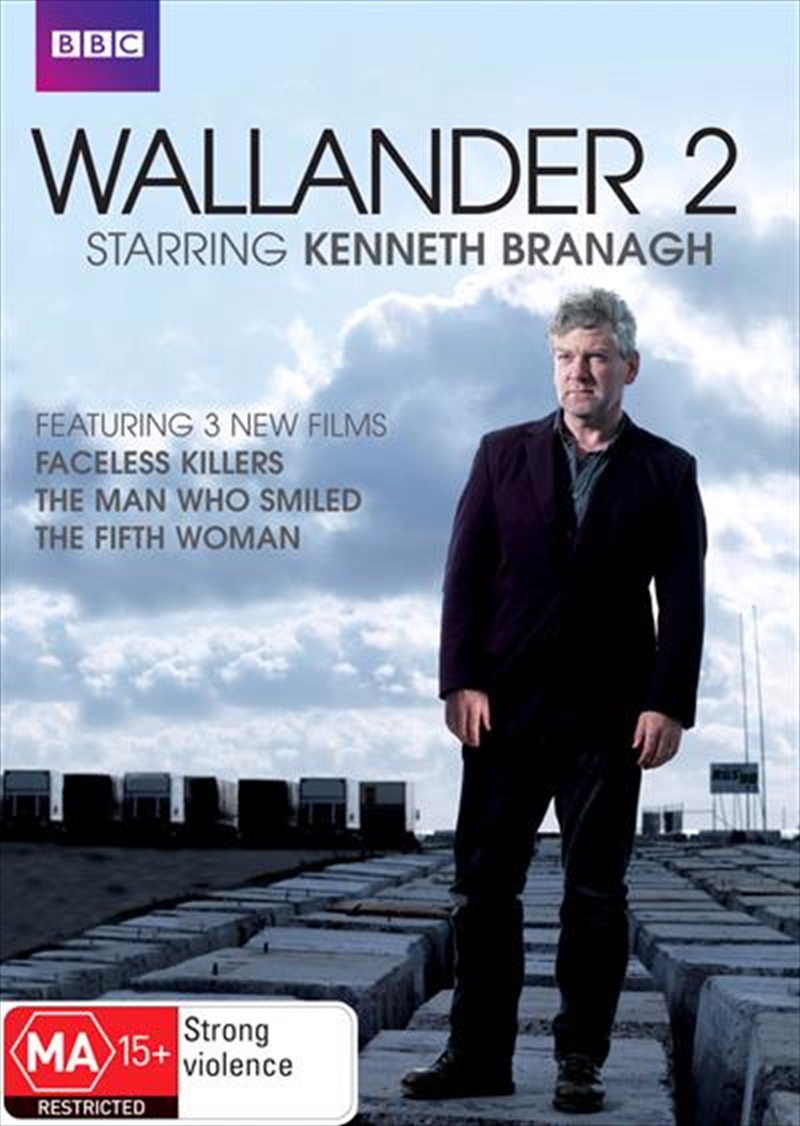 DESCRIPTION
&lt;H3&gt; Wallander Series 2 DVD - On Sale Now With Fast Shipping&lt;H3&gt;
Based on the novels by Henning Mankell, this award-winning drama stars Kenneth Branagh as Kurt Wallander, a sensitive but brilliant detective, in these three powerful stories set in Ystad, Sweden. In Faceless Killers, an elderly man is brutally murdered and his wife left to die. Wallander arrives in time to hear her last word - 'foreigners'. Suspicion falls on the local migrant community, creating a tense situation which soon starts to spiral out of control. In The Man Who Smiled a man questions the causes of his father's death. Days later he is shot and Wallander finds himself dealing with a double murder enquiry. A series of savage murders are committed in Ystad in The Fifth Woman. Wallander must discover the connection between these crimes if he is to stop a potential serial killer from striking again. Beautifully filmed, this compelling series features an extremely likeable and entirely believable character and bold, compelling stories.
DETAILS

The Man Who Smiled