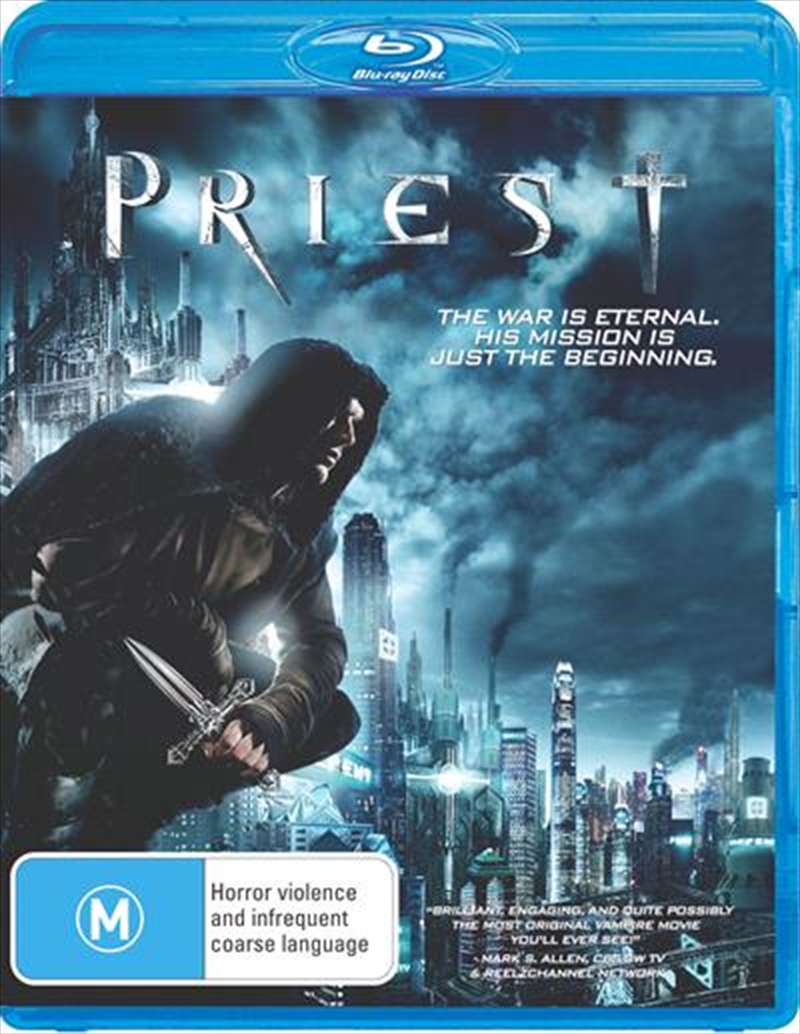 The war is eternal. His mission is just the beginning.

In a post-apocalyptic world, a savage war between man and vampire raged for centuries. A warrior priest (Paul Bettany) receives word of fresh attacks, but now it's personal, his niece has been kidnapped by a new hive of merciless vampires. To save her, he must break his vow of peace and hunt down the hive before it's too late. Based on the acclaimed graphic novel and packed with bloodthirsty action, this full throttle crusade takes you on the hunt for a deadly new breed of killer.