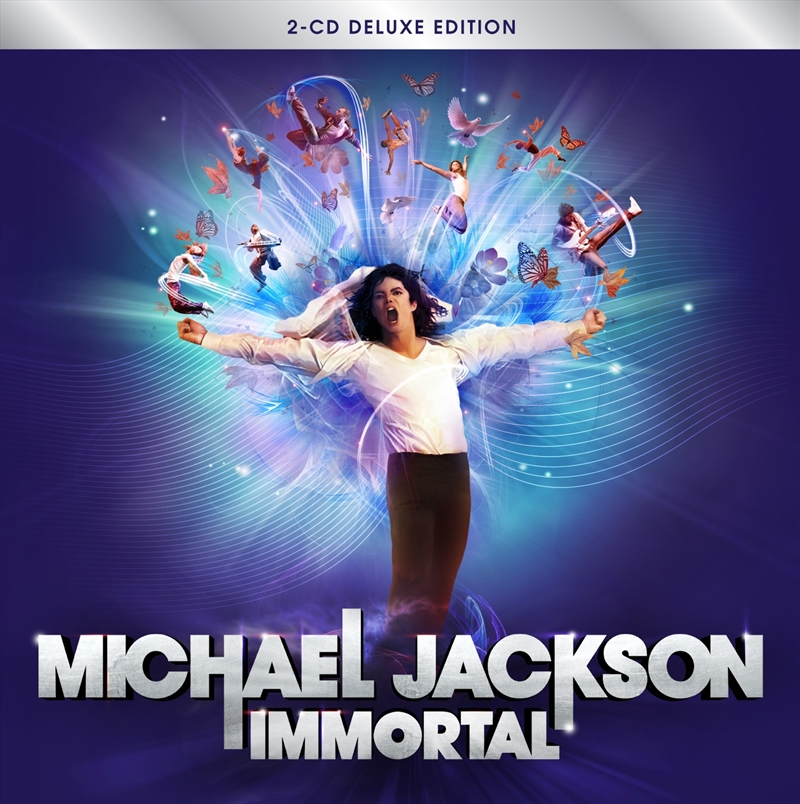 Led by esteemed musical designer, Kevin Antunes (Justin Timberlake, Rihanna, Madonna) IMMORTAL takes a fresh, creative approach in redesigning and reimagining more than 40 of Michael Jackson’s greatest original recordings into a compilation that allows listeners to experience his music in an entirely new way. After spending a year in the studio working with Michael’s original multi-track master recordings, Kevin created IMMORTAL which offers listeners a new soundscape to Michael’s artistry while preserving the power and familiarity of his unparalleled voice and his legendary tracks.

IMMORTAL is sure to touch the hearts of passionate Michael fans as the album unfolds his musical legacy with redesigned versions of his hits, electrifying mashups and newly discovered outtakes fans have never heard before including an alternate take on the Jackson 5’s “ABC” and a choir that Michael recorded for “They Don’t Really Care About Us.”

Shake Your Body (Down To The Ground)

Dancing Machine / Blame It On The Boogie

The Mime Segment: (I Like) The Way You Love Me/Speed Demon/Another Part Of Me

You Are Not Alone/I Just Cant Stop Loving You

They Don’t Care About Us

Will You Be There

Man In The Mirror