Songs From The Heart 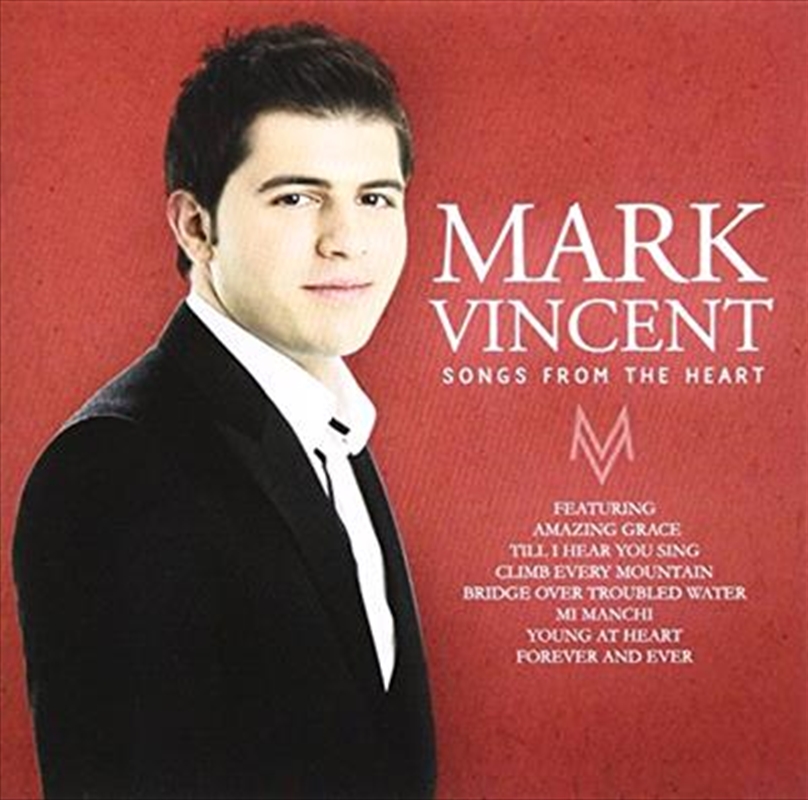 Songs From The Heart

Shipping - See delivery options.
Postcode:
Quantity:
SEE MORE IN:
Mark Vincent 2 for $25 Music
Mark’s own story remains a remarkable one. The Sutherland Shire boy won the third series of 'Australia's Got Talent' in 2009. Songs From The Heart is the 4th highly anticipated album from the platinum and gold selling Vincent. His first album 'My Dream - Mio Visione' captured the hearts of many, and then he delivered again with ‘Compass’ and again with ‘The Great Tenor Songbook’. And now, with his fourth highly-anticipated installment entitled ‘Songs From The Heart’ he is ready again to show his fans – young and old, dedicated and new – he is back and sounding even more breathtaking. His voice has a depth and clarity which belies his years – and his song choices (he cites ‘Climb Every Mountain’ and ‘Till I Hear You Sing’ as two of his favourite tracks on his new album) showcase his God-given gift.

Title: Songs From The Heart

Til I Hear You Sing

Wishing You Were Somehow Here Again

If Ever I Would Leave You

Once Before I Go On

My Heart Will Go On