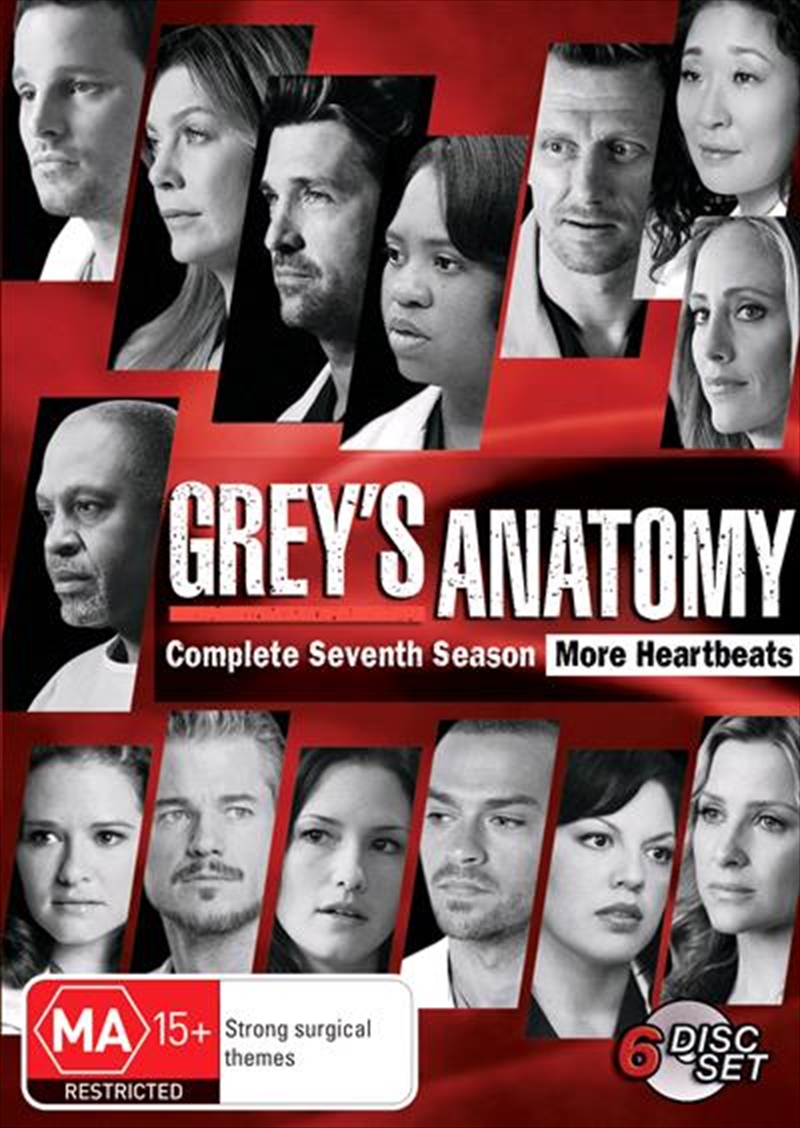 Grey's Anatomy Season 7 breathes fresh life into the medical drama, with characters and connections suddenly coming alive again. There's romance, hospital backstabbing, heartbreak, and hope--and a lot of heart, as with the best seasons of Grey's. One of the running themes involves an important blind test designed by McDreamy (Patrick Dempsey) for a possible treatment for Alzheimer's, which tugs at both Meredith (Ellen Pompeo), whose mother died of the disease, and the chief (James Pickens Jr.), whose wife may be exhibiting symptoms. Meanwhile, Callie (Sara Ramirez, who really owns this season), heartbroken from the breakup with Arizona (Jessica Capshaw), finds out more news that sends her reeling. New characters are introduced, including Rachael Taylor as Lucy, a foxy new ob-gyn, whom Alex (Justin Chambers) has his eye on. The plots this season are the traditional Grey's cross of the dramatic (a horrible campus shooting fills the hospital with victims; a plane goes down in Puget Sound) and the deeply personal. After a couple of seasons of stability, Meredith and Derek find themselves at a horrifying crossroads. And death looks one of the cast members right in the eye. Season seven also includes the famed musical episode, which reminds the viewer why Ramirez was a Broadway star before she signed up with Grey's. Her solo on Brandi Carlile's "The Story" will give viewers goose bumps and maybe a few tears. It's a standout performance. The set includes a very funny gag reel, some interesting deleted scenes that seem worthy of having been included, and some singing outtakes of some of the songs most closely associated with Grey's Anatomy. Turns out the talented cast really does know how to save a life.
DETAILS