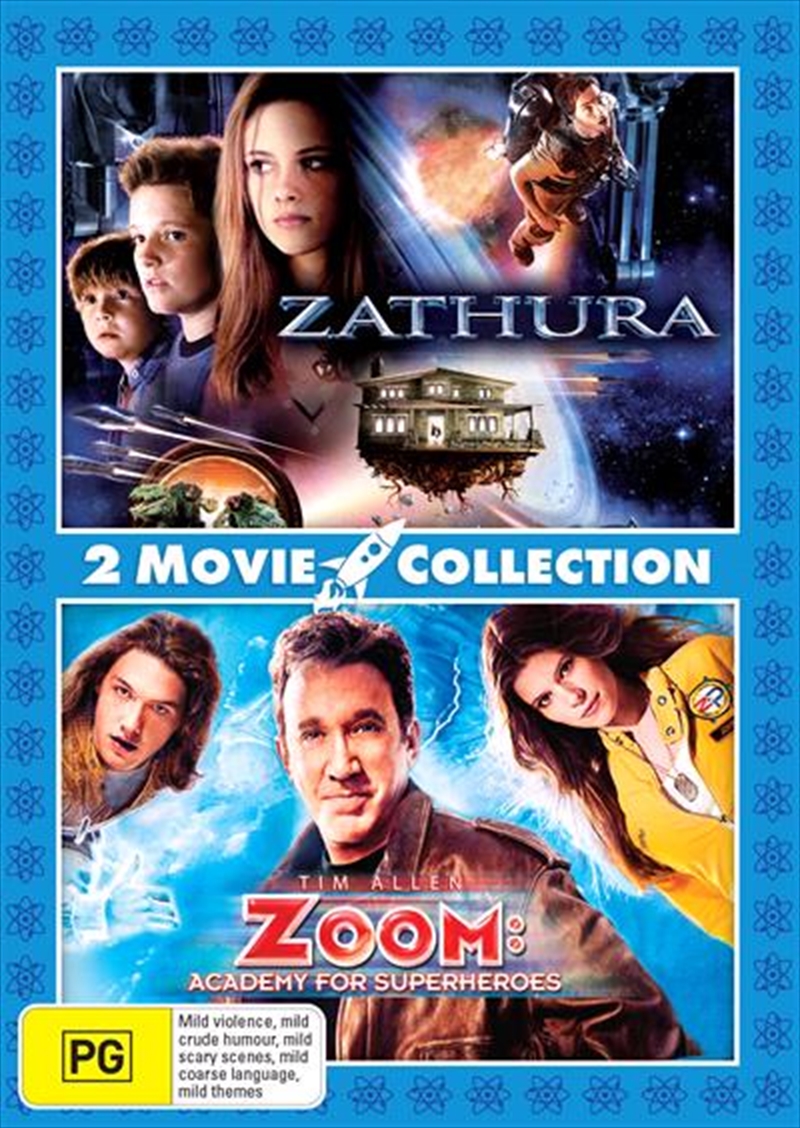 Shipping - See delivery options.
Postcode:
Quantity:
SEE MORE IN:
Movies & TV Clearance Boxset Clearance Movie Clearance Sale
DESCRIPTION
Contains 2 titles:
1. Zathura - A Space Adventure - If you love out-of-this-world fantasies like Explorers and The Last Starfighter, then get ready to blast off on this intergalactic thrill-ride of adventure from the director of the smash-hit comedy Elf. While playing a mysterious game discovered in the basement of their old house, two squabbling brothers are suddenly propelled into deepest, darkest space and into the middle of a fantastic journey... a journey unlike anything they could have ever imagined! With mind-blowing special effects and based on the best-selling novel by celebrated children's writer Chris Van Allsberg (Jumanji and The Polar Express), Zathura is a "wild-buckle-up-and-blast-off adventure" (Peter Debruge, Miami Herald) that the whole family will enjoy!
2. Zoom - Academy For Superheroes - Have you ever wished you had the powers of a superhero? These kids have the powers, and they wished they didn't! When the world is in trouble, the retired and down on his luck superhero Captain Zoom must pull together a team of super kids and harness their powers in order to save the world from certain destruction.From the director of Garfield, Zoom: Academy for Superheroes stars Tim Allen (TV's Home Improvement, The Santa Clause), Courtney Cox (TV's Friends, The Longest Yard) and Chevy Chase (Fletch, Vacation) and is an action-packed comedy adventure that will appeal to fans of Sky High and The Incredibles.
TRAILER
DETAILS