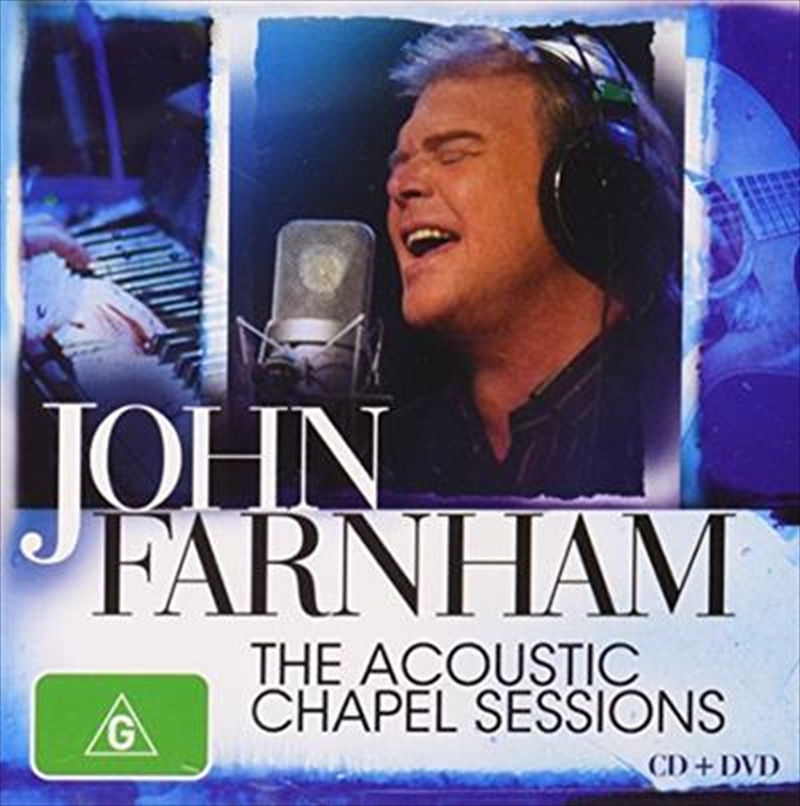 Shipping - See delivery options.
Postcode:
Quantity:
SEE MORE IN:
Under $15 Music John Farnham
This special CD+DVD will feature some of John’s most loved songs including ‘Chain Reaction’, ‘Pressure Down’, ‘Age of Reason’ and more. John Farnham recorded his new album The Acoustic Chapel Sessions in Melbourne in July 2011 at Chapel Off Chapel. The entire recording process was filmed resulting in a stunning CD+DVD package. The CD consists of eleven of John’s classic songs stripped back and in acoustic mode.

The DVD package includes eight songs plus interviews with John and the band and behind-the-scenes footage. John Farnham said of The Acoustic Chapel Sessions “We wanted to rework some of the songs that we have been doing on stage for the last 25 years. It’s always difficult to rework something that people are very used to, having said that we have had a lot of fun doing it’. The release of The Acoustic Chapel Sessions coincides with the 25th Anniversary of Whispering Jack, Australia’s highest selling and most successful album ever. To celebrate this milestone John will embark on his National Whispering Jack 25 Years On in October.